How much can you tell about a plant from its Latin name? Well, many gardeners find their plants easier to grow than to pronounce their Latin names, which often sound like a load of gobbledegook.

Yet it’s not usually that difficult to make sense of some of the Latin, and once you get the hang of it, the names can actually help identify the colour, habit, scent, flower and leaf style of whichever particular gem you find at the garden centre.

How to read Latin plant names

Latin names give away lots of information about plants. For instance, if a specimen has the word ‘alba’ after it, then the flowers will be white. If it is labelled ‘citriodora’, it will be lemon-scented, while ‘angustifolia’ will give you narrow leaves.

All plants have two names. The first is the ‘genus’, which indicates which clan it comes from. For instance, all clematis come under the title ‘Clematis’, whatever their habit. This will usually be seen as just an initial in front of its second name.

The second name, denoting the species, gives more of a descriptive clue. For instance, ‘C. macropetala’ tells you that the clematis you’ve chosen is many petalled, the translation of the Latin name.

If the two names are joined by an ‘x’, that signifies that the plant’s a hybrid – the result of interbreeding between two species of the same family.

The plant may also have a third name, although not a Latin one, to show it is a variety of that particular species. The name may be in honour of the person or nursery who introduced it, or it might be named after something outstanding about it, such as its vivid colour – for example, C. macropetala ‘Blue Bird’.

See if there are obvious meanings

But just when you thought everything was clear, more vagaries come into play. Some hybrids only have the Latin name followed by the variety, such as ‘C. Alionushka’, while others show only the country of origin, such as ‘Kerria japonica’, originating from Japan.

While some Latin is difficult to follow, many plant names are quite user-friendly. It doesn’t take a genius, for instance, to work out that ‘Hydrangea serrata’ indicates that the hydrangea has serrated leaves.

Other obvious common descriptions include ‘Cotoneaster microphyllus’ (small-leaved) and ‘Thymus vulgaris’, which means the common form of thyme.

The beauty of Latin terminology is that it allows gardeners to have a universal language throughout the world, and to be precise about the description of the plant.

And don’t worry about pronunciation – after all, you’re not after a diploma in Latin, you just want to find the right plant. But do bear these Latin names in mind, which may help you choose… 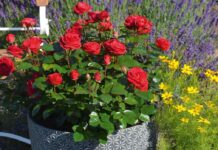 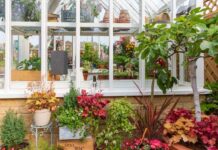 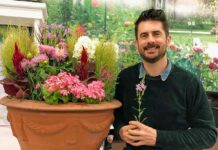