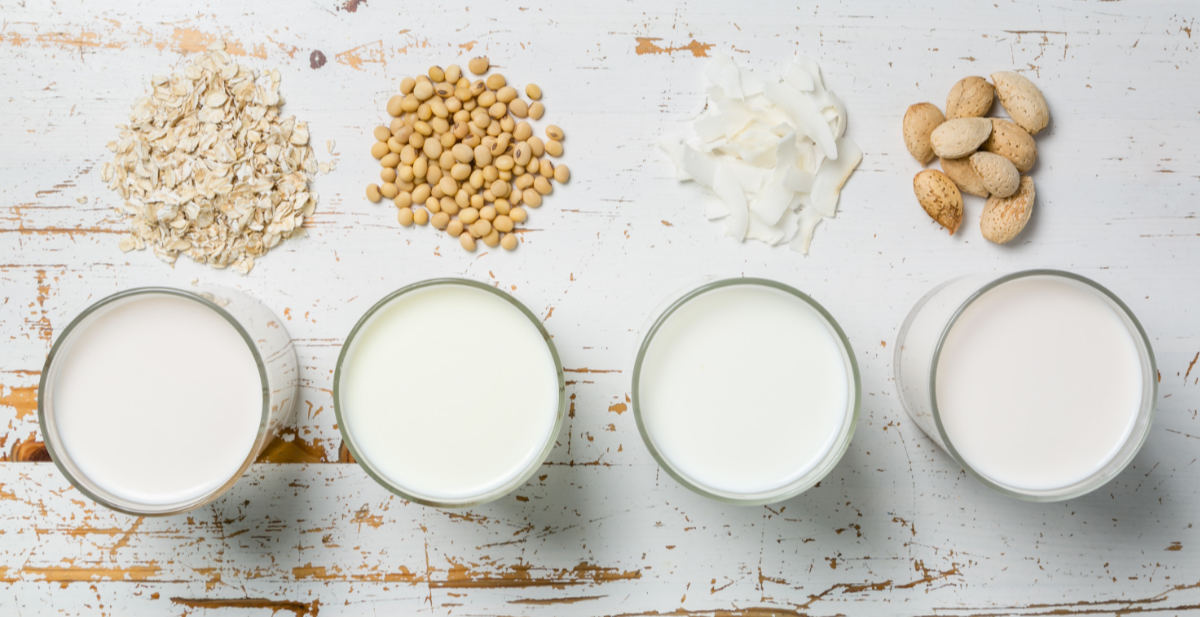 Not that long ago, regular cow’s milk was pretty much the only choice available in the supermarket’s dairy aisle. Now, there’s a wide variety of dairy-free milk alternatives on offer, and you’ll often find the same at coffee shops and cafes, thanks to the rise of plant-based eating and better awareness of food intolerance and allergies.

If you’re new to the dairy-free world though, and are curious about giving an alternative option a try, finding the right milk substitute can be confusing. Different ‘milks’ can offer different nutritional benefits, and each come with a unique taste and consistency that might be unusual at first.

Here, we’ve broken down some of the main dairy-free ‘milk’ contenders you should know about…

As well being dairy-free, oat milk is unique in that it’s also nut-free and often gluten-free too. It’s made from blending steel-cut oats and water, and then straining the thick mixture to make a creamy and smooth liquid. Baristas say it’s particularly great in coffee, as it can be whipped into lattes and doesn’t curdle easily when heated.

Can you freeze oat milk?

You can freeze oat milk to use at a later date although its texture may change, becoming a little grainy when defrosted. Defrost the oat milk slowly in a refrigerator and stir thoroughly to restore the milk mixture. You may prefer to use the milk in cooking or smoothies where the texture will be less noticeable.

Oats are super-absorbent, which means the strained milk retains many of the grain’s important nutrients, like protein, fibre and iron. Oats also contain beta-glucans; natural sugars that are thought to help improve cholesterol, heart health and blood sugar levels. It has a relatively low fat content too, with around 0.2g of saturated fat per 100ml.

You’d have to have been living under a rock to have missed the hype around almond milk. The trendy dairy-free alternative has a rich texture similar to traditional cow’s milk, making it a hit with vegans and people who are lactose-intolerant.

Can you freeze almond milk?

Yes, you can freeze almond milk although manufacturers generally don’t recommend this the freezing process separates the solids from the water content, which can affect the taste of the milk. A thorough shake after defrosting will recombine the two. Remember to leave a extra space in the freezer container as the water content of almond milk expands during the freezing process.

Regular almond milk is not as nutritious as cow’s milk, but fortified varieties often contain added vitamin D, calcium and protein. Look for varieties that don’t contain added sugar too. As it has a sweet and nutty flavour, it’s a delicious breakfast staple and a good accompaniment to cereals and overnight oat recipes.

Soya milk is the original dairy-free alternative that’s kind of fallen out of fashion as other varieties have arrived on the scene. It still has some pretty impressive benefits worth taking note of, though.

It’s made from soybeans and filtered water, and has a distinct ‘love it or hate it’ savoury flavour. Soya milk is often thicker than other plant-based milk alternatives, making it a great replacement in recipes like pancakes and muffins.

Can you freeze soya milk?

Yes, you can freeze soya milk but as with all plant-based milk alternatives, the freezing process may affect the texture of the milk when defrosted. It’s best to use thawed milk in recipes such as smoothies or for cooking as this will disguise any change in texture.

First up, it’s a good source of protein, containing around the same amount as cow’s milk. It’s also rich in vitamins A and B-12 and potassium, and you can find varieties that are fortified with calcium and vitamin D too. Soya milk is also cholesterol-free and has a low saturated fat content.

Prepare to hear much more about coconut milk (Jamie Oliver has been raving about it on Twitter). The white, milky substance isn’t made from the liquid found when you smash open a coconut – but instead by blending the fruit’s sweet white flesh with water. It’s probably more accurate to refer to it as ‘coconut drink’, because it’s actually a far more diluted formula than the type of coconut milk used in Thai cooking, which you usually buy in tins.

Can you freeze coconut milk?

Coconut milk will typically separate when frozen with the coconut cream rising to the top leaving the clear coconut water beneath. However, a thorough stir or shake will recombine the two when defrosted. As the texture may be a little grainy, it’s best to use the defrosted milk for smoothies and cooking. Freeze coconut milk in an airtight container and remember to leave some extra room as coconut milk will expand when frozen.

One great thing about coconut milk is that it’s free from from major allergens including dairy, soya, nuts (despite the name) and gluten. Much like almond milk, it’s best to plump for fortified varieties if you’re cutting out regular milk altogether, like Koko’s new Dairy Free Super Drink, which is enriched with nine vitamins and minerals including calcium, folic acid folate, Iodine and vitamins A, B12, C, D2 and E. Like the cooking variety, coconut milk has a deliciously fresh and full-bodied taste, making it perfect as a base for smoothies, on cereal, or simply enjoyed as a straight drink. 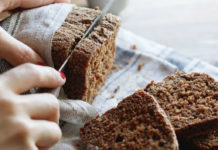 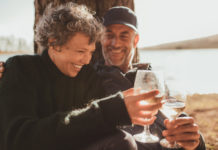 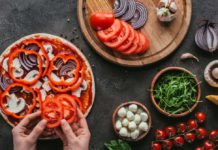 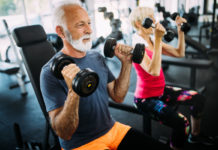 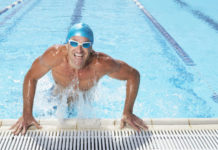 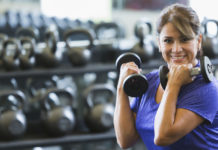 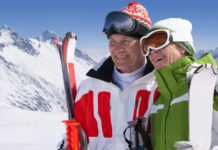