A new study has revealed that a lack of financial education is leaving Brits confused by their own money with detrimental effects on their confidence, mental health and financial wellbeing.

Investment app Freetrade created the Great British Financial Literacy Test which consists of 18 questions about savings, investment, ISAs and retirement that everybody will likely encounter at some point in their lives.

How did Brits perform in the financial literacy test?

From the 2,000 British people who completed the test, Freetrade discovered that almost half (48%) could not answer basic questions about personal finance including what an ISA stands for, the difference between fixed rates and variable rates, and what your annuity provider does when you retire.

Retirement was the area of personal finance that people struggled to understand the most with 80% of Brits unable to correctly answer this part of the test. This figure was 81% among respondents aged 55+ approaching retirement age. The pass rates for questions about investment were the second lowest at 44%. This was followed by savings at 34% and ISAs at 32%.

Equally as alarming as the low pass rates across the UK were people’s lack of confidence around aspects of personal finance. Overall, 88% of Brits say they lack confidence with their money, and one third of Brits (32%) said this also led to a negative impact on their mental health.

Dan Lane, senior analyst at Freetrade, commented: “The greatest advantage you can give your investments is time. So it’s concerning that the cohort with the most time on their hands feels so ill-equipped. Whether we realise it or not, investing early on in life could be the difference between reaching our eventual financial goals or missing them entirely. Getting to grips with the basic concepts later in life might just be too late.

“There should be alarm bells ringing about the fact that 90% of Brits lack confidence with their pensions. With advances in medical technology and increased life expectancies, we’re likely to live longer in retirement than ever before. But a massive gap in our understanding of how to invest for our third age, or even how to access those investments suitably later on, means we really aren’t prepared for a sizeable portion of our lives. Unless we’re thinking about investing for retirement long before we get there, we could end up in the awful position of regretting the simple financial decisions we made 30 years ago.

“It’s a real sign of the nation’s lack of financial education when a huge portion of the population doesn’t know the name of one of the most common savings products. The frustrating thing about the lack of confidence around ISAs is just how helpful, accessible and easy to use ISAs can be. Chances are, if we’re unsure about the headline facts around ISAs, we’re not using them to help us as much as we could.”

Struggling to understand finance, Brits are turning to the internet for help. 23% of Brits make Google their first stop for learning about personal finance – the most popular answer among respondents. The second most common answer was social media with 16% of Brits saying they would get financial education from platforms like Instagram, TikTok or Facebook.

“Young people are taking their future into their own hands and being proactive in addressing the gap in their financial knowledge. The results show that previous generations have clearly muddled through to retirement without ever getting a firm grip on their money management and the youngest Brits have said enough is enough,” says Lane.

“Social media can make the headlines for the strangest of reasons but dismissing these platforms means ignoring the truly valuable educational content young people are finding on them. These are free resources and guidance tools dealing with money matters in a way that engages and informs a generation who left school without a firm financial foundation. 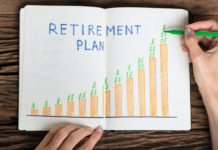 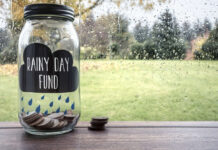 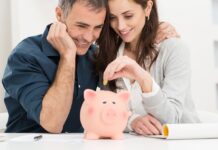 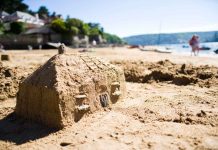 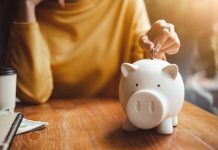 5 tips to help you grow your emergency savings pot