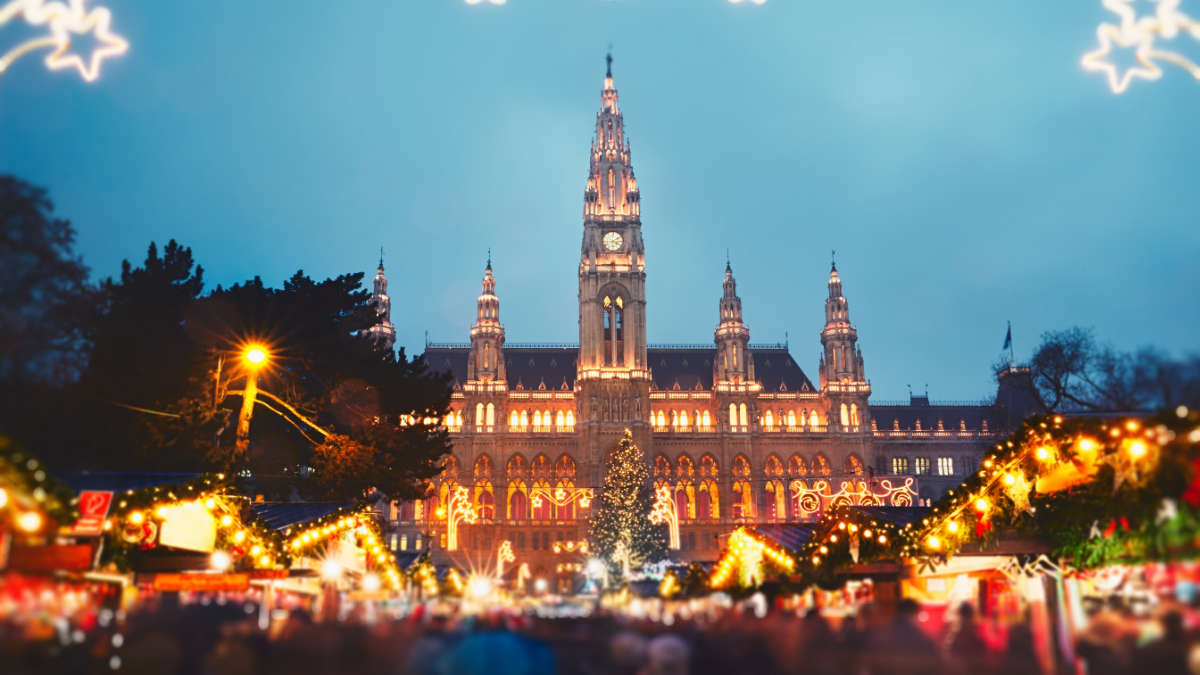 There are a large number of delightful Christmas market breaks by air to try throughout Europe, and a visit in December can bring the festival season to life with a truly magical experience. While flying to Christmas markets in Prague or Strasbourg means you can’t lug back as much Christmas decorations and baubles as by road or train, by packing lightly will leave plenty of room for seasonal goodies and Christmas gifts.

Considering a festive trip closer to home? Read our guide to the best UK Christmas Markets 2019.

Prague Christmas Market runs from November 30th 2019 to January 6th, 2020, and is generally open daily from 10am to 10pm. The main markets are held in the Old Town Square and Wenceslaus Square – the same good King Wenceslaus found in the Christmas carol. Flight time is about 2 hours non-stop from London to Prague.

Prague is the quintessential fairytale setting for a Christmas market. The medieval squares house packed stalls laden with traditional Czech handicrafts, wooden toys, sparkling glassware, ceramics, embroideries, and scented candles and handmade soap. There are plenty of events around the market, including school choirs charming crowds with carol singing.

Nuremberg’s Christmas Market defines tradition. Held in the Hauptmarkt square in the Old Quarter, expect to be delighted with 200 charmingly decorated and festively lavish stalls heaped with traditional gifts. Charm abounds with handmade candles, traditional Christmas tree decorations and tempting enamelled music boxes. Gifts for friends back home should see you hunt down the Nuremberg Plum People – charming figurines made from prunes – and the famed gingerbread Lebkuchen, which have been a baking staple in Nuremberg for over 600 years. Lebkuchen drizzled in chocolate or frosted with icing are a must.

Christmas experiences abound, with a magical Ferris wheel, merry-go-round and Santa’s house bringing Christmas to life. Take time to trace the Nativity scene that winds its way through the market.

Festive food is everywhere. Leave plenty of room for Bratzwurst sausages or give in to temptation with a portion of crackling port shoulder and dumplings or Franconian carp – calorie counting can wait until the New Year. Round off your culinary journey with a glass of Feuerzangenbowle – a delicious red-wine-and-rum punch.

Flying time from London is a swift 1 hour and 15 minutes, making it an ideal Christmas market break by air.

The Christmas market held in front of Cologne Cathedral is the one to head to first. Spread out like a scene from a snowglobe and generously adorned with festive decorations, it’s one of the best Christmas markets in Germany. No surprise, then, that Cologne attracts around four million visitors to browse the 160 stalls in the Cologne Cathedral Market alone. Central to the market is the tallest Christmas tree in the Rhineland, presenting a wonderful photo opportunity.

Stalls are inviting, selling traditional German arts and crafts, as well as toys and a wonderful assortment of Christmas decorations so you can take the Christmas market spirit home with you. Take time to appreciate the Christmas performances of music and carol singing – and be sure to ride the traditional carousal.

There are delightful foods and drink to tantalise your tastebuds. Try German potato pancakes, Bratwurst hotdogs, festive punch, and nibble on cinnamon biscuits and glazed apples while breathing the wonderful aroma of hot chestnuts.

Strasbourg Christmas Market spreads out across the city, touching all areas with 11 locations playing host to around 300 stalls. Most of the stalls are clustered around the incredible Gothic Cathedral, as well as glittering along the Place Austerlitz, Place Gutenberg and the Place Kléber, the latter of which is home to the famous Great Christmas Tree.

Hotels get booked up quickly – unsurprisingly with some two million visitors descending to soak up the Christmas atmosphere and sample the delightful food and stock up on unique gifts. Expect to find stalls brimming with Christmas decorations, while food deserves a special mention. Look out for Bretzel, which is the French version of the German pretzel, as well as spiced bread and mulled wine.

Vienna Christmas Market has a long history: the Austrian capital’s first Christmas market was reportedly held in 1298. If you’re after a traditional picture-postcard Christmas scene, Vienna delivers due to it often being covered in a blanket of snow which adds to the seasonal atmosphere.

Flying time from London is 2 hours and 10 minutes, making it a great choice for a Christmas market break by air.

There are actually around 20 different Christmas markets in Vienna, turning the city into one continuous Christmas market that promises to delight around each corner. Head to the biggest Christmas market – Rathausplatz Christkindlmarkt – which is held in front of the Neo-Gothic City Hall and transforms the area into a true winter wonderland. It’s not hard to see the appeal, as a huge ice-skating rink and reindeer rides for children deliver a magical experience.

The stalls are delightful, with over 150 overflowing with Christmas gifts, hot chestnuts, sweet treats and Christmas decorations. Make sure you try the Gluhwein – a hot, spiced wine, and munch on vanillekipferl – traditional crescent-shaped cookies liberally dusted with vanilla sugar for a melt-in-your-mouth taste.

Zagreb Christmas Market runs from November 30th, 2019 to January 7th, 2020 with opening times varying depending on the market location. While Christmas markets are traditionally associated with Germany, the Croatian capital has been voted one the best European Christmas markets by European Best Destinations, with over 200,000 votes cast in the survey.

With its incredible lighting, stunning decorations and a daily programme of open-air performances and entertainment, it would be easy to get lost among the many marketplaces. Head for the three main market areas: Ban Josip Jelačić Square, European Square and Zrinjevac Park.

Ban Josip Jelačić Square is an entertainment focal point, with the huge main square hosting music and concerts on an open-air stage, surrounded by food marquees. There’s a towering Christmas tree, and the fountain is transformed into a light display. European Square can be found in the pedestrian zone in the heart of the city and is lined with stalls selling Christmas decorations and a wide selection of food and beverages. Music events feature in the evening. For more handicrafts, head to Zrinjevac Park – a winter wonderland of artist stalls, local food specialities and live music.

Be sure to try Croatian winter specialities including baked štrukle, which is a warm baked pastry dish with soft cheese. Mulled wine, hot chocolate and special Christmas cookies also delight.

Brussels Christmas Market – known as Winter Wonders – runs from November 29th, 2019 to January 5th, 2020, with typical opening times from 12noon to 10pm. Winter Wonders is one of the largest, most attractive and atmospheric Christmas markets in Belgium, and takes place on and around Grand-Place, Bourse, the Place de la Monnaie, Place Sainte-Catherine and Marché aux Poissons.

Flying time from London is just 1 hour and 10 minutes.

There are stalls galore at Winter Wonders – over 200 crammed with Christmas goodies, baubles and food – as well as merry-go-rounds, slides, a giant Ferris wheel for a spectacular view of Brussels, and a covered ice-skating rink. Uniquely, there is a sound and light show in the Grand-Place with video mapping beamed onto the façade of St Catherine church.

Food is an experience, with some unique flavours that differ from the traditional fare of other Christmas markets. Take time to sample a warming bowl of carbonade flamande – a rich beef stew – as well as French fries, mussels, waffles, steam escargots, and lots and lots of delicious chocolate. Hot wine and beer round out the offerings.

Flying time from London is 2 hours and 25 minutes.

It’s worth the flying time. It’s the oldest festive market in the Hungarian capital as well as the most popular and is home to around 150 stalls selling traditional handmade goods and handicraft. There is also a newer market in the city nestling near the Basilica and adorned beautiful lights, a giant Christmas tree and ice-skating rink.

There’s plenty of entertainment in addition to the stalls in the form of light shows, folk dancing and live music. Food is plentiful and wonderful, perfect for cold nights. Be sure to stock up on Chimney cake, mulled wine, grilled sausages, traditional stuffed cabbage, roasted pig, goulash, hot chocolate, chestnuts, strudel as well as the famous rooster testicle stew! 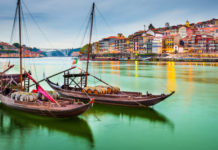 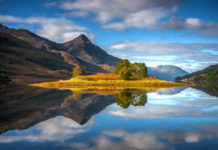 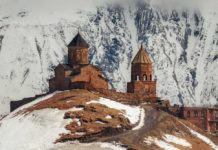 How to make crab-stuffed courgette flowers

How to feed fruit and veg plants to increase your crop...

Prone to acid indigestion? Here are 5 summer heartburn triggers to... 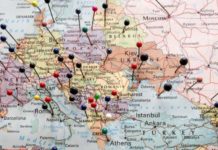 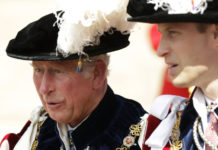 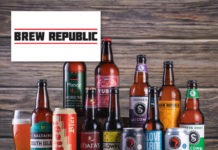