Australia is an exceptionally beautiful country with tranquil beaches, shimmering lakes, the vast outback and interesting wildlife. Although many people think of kangaroos, koalas and the outback when they hear about Australia, the country also has a number of beautiful lakes that are well worth a visit. In this article, we discuss some of the country’s most beautiful lakes.

Although beautiful blue lakes are a feast for the eyes, seeing a pink lake is a special experience. Lakes of this special colour can be found in the western part of Australia. One of Australia’s pink lakes is located 515 kilometres north of Perth: Hutt Lagoon. This lake owes its colour to the presence of microscopic algae called Dunaliella salina. Hillier Lake is also known for its bright pink water. Just north of Dimboola in Australia is Pink Lake (traditionally known as Lake Lochiel), whose colour you probably won’t have to guess. Three kilometres from the town of Esperance is another lake called Pink Lake, which despite its name is unfortunately no longer pink as of 2017, probably due to changes that have lowered the salt content of the lake.

Aside from the distinctive pink lakes, there are many other beautiful lakes to be found in Australia, including the lake named Blue Lake, located near the town of Mount Gambier. Blue Lake lies in one of the craters of the extinct volcano after which the town is named. Every year, in early November, the dark blue waters of the lake mysteriously change to a deep turquoise almost overnight. This beautiful colour lasts until the end of February. From the end of March, the lake gradually takes on a darker blue colour again, and this remains the case until the following November.

Another beautiful lake can be found on Fraser Island, the largest sand island in the world. We’re talking about Lake McKenzie, which is one of the most visited natural areas on the island because of its beauty. The beach is pure white pebble sand and the waters are crystal clear. This paradisical lake is breathtakingly beautiful and definitely worth a visit if you find yourself on Fraser Island.

Get your Australia visa sorted out!

If the above inspired you to visit Australia once the borders open up again at the end of the year, keep in mind that Australia has a mandatory visa requirement for foreign tourists. This visa type is known as the eVisitor. Unlike the ETA for Australia, an eVisitor can be applied for online in full, so you don’t have to go through the cumbersome embassy process. The eVisitor visa Australia has a validity length of 12 months, and during this period you may make an unlimited number of trips to Australia. Any stay in Australia with this visa can last up to three months, which is more than enough to visit some of the lakes and enjoy everything else that the land of the kangaroos has to offer! 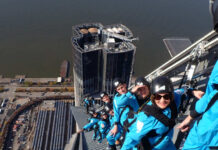 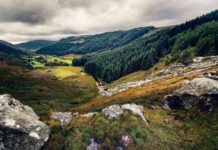 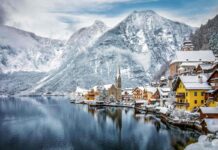 Tips and tricks for seeing the Northern Lights