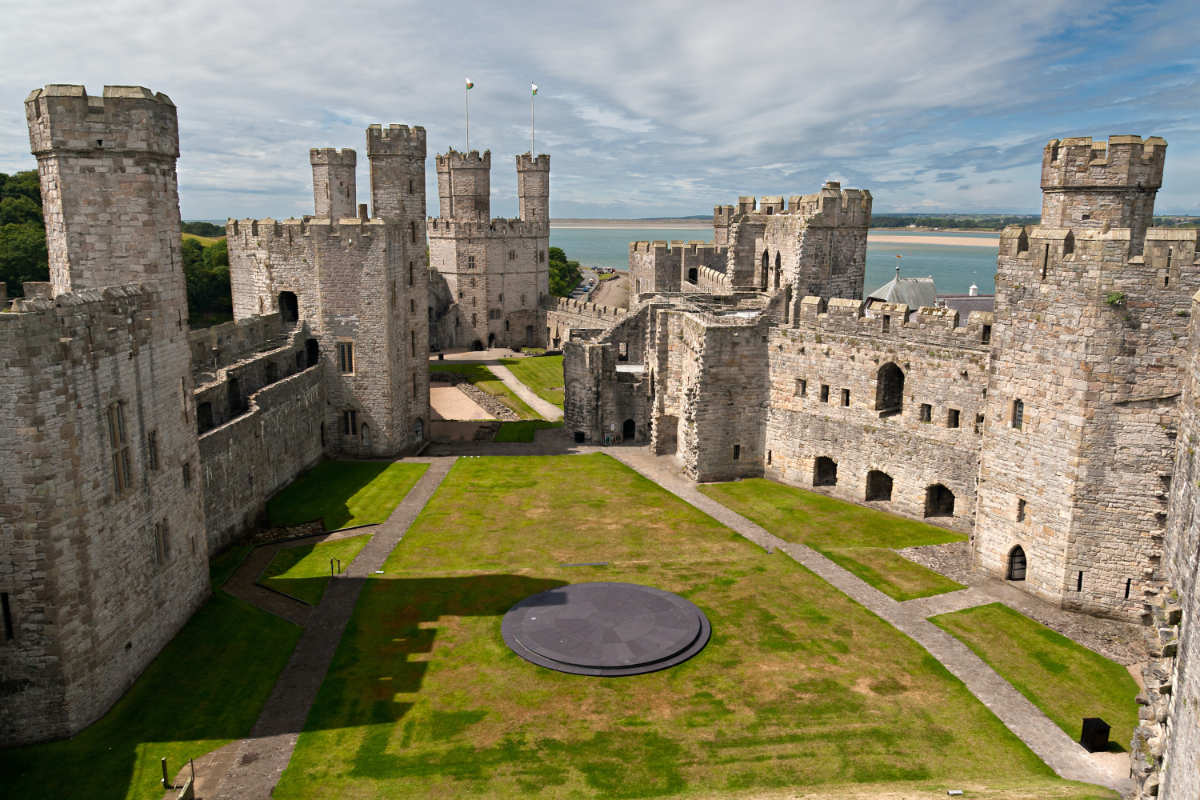 Have you heard that often-repeated statistic that in London you’re never more than six feet away from a rat? Well, in Wales they have a similar statistic, except instead of rats, it’s castles.

We’ll admit that neither number is wholly accurate, but, depending on your definitions, Wales is the most castle-laden country in the world. It’s 600 fortresses are the highest per capita and per square mile.

10 best castles to visit in Wales

We’ve whittled the 600 down to a manageable 10, including some of the finest castles that Wales, and therefore the world, has to offer. There are six UNESCO World Heritage Sites in Wales, and four of those happen to be the first four sites on this list.

Here is a castle-hopping tour of Wales, from the Isle of Anglesey off the northern coast to the tip of southernmost Pembrokeshire. 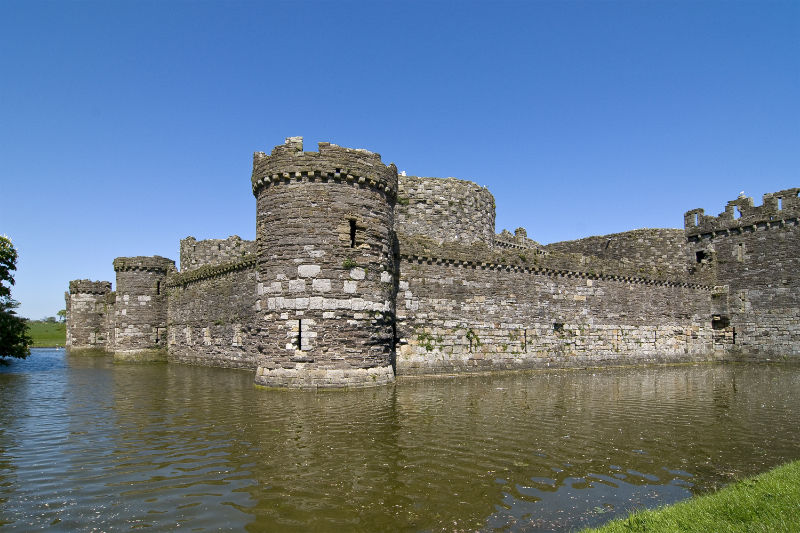 It may not look it now, but this concentric castle on the Anglesey coastline was the medieval equivalent of the first-ever foldable smartphone. Pioneering a symmetrical, walls-within-walls design, Beaumaris Castle was so complex that it was (and remains) unfinished – abandoned in 1330 at an apparent cost of £15,000.

There’s one unfortunate fact about Welsh castles that we’re going to get out of the way now – many of them were built not to defend the Welsh, but to control them. English King Edward I conquered North Wales in the late 13th century and constructed an ‘iron ring’ of fortifications encircling Snowdonia to symbolise his dominance over the region.

Beaumaris was the last of these – a passion project and portfolio piece for royal architect James of St. George.

Where Beaumaris beguiles with its meticulously orchestrated armaments, the equally Edwardian Caernarfon batters you into submission with a dose of medieval muscle. A big, brutish, beast of a castle, all ramparts and battlements, the unusual polygonal towers were again the brainchild of James of St. George.

Another Edward-James of St. George-World Heritage Site blend, this large rectangular castle is widely considered a classic of the genre. With eight cylindrical towers, ramparts aplenty, and picturesque views over the river, Conwy Castle dominates the skyline as much as it does the town’s tourism.

It even has some pleasingly ghoulish legends up its sleeve, including visitors apparently seeing a dark figure on the battlements and hearing the voice a young girl.

Consider Conwy Castle the Roger Federer of Welsh castles – it does everything so well that it’s hard to pick out one killer shot.

Stop us if you’ve heard this before – 13th century castle, ordered by Edward I, designed by James of St. George. Our fourth and final Edwardian offering and World Heritage Site, Harlech Castle sits atop a rocky outcrop in Snowdonia National Park, and views from the castle battlements are almost as impressive as the fortifications within.

Unlike some of its peers, Harlech Castle continued to play a pivotal role in British history right up to the 17th century. It was the last stronghold in the whole nation to yield to Parliamentarian control during the English Civil War, while Welsh rugby anthem ‘Men of Harlech’ is supposedly derived from a siege during the middle ages when a gallant garrison held the castle through a record-breaking seven-year blockade.

If you’re feeling irked by the Englishness of this list so far then fret no more – Dinas Brân is as Welsh as the soil it stands on. An elevated, 13th century citadel on the site of an Iron Age hillfort, it was likely built by Prince Gruffydd Maelor II, before being burned to the ground during Edward’s invasion.

All that remains now is a jagged skeleton, accompanied by magnificent views over the valleys that lend the ruins an eerily hypnotic power. For those that make it to the top, Dinas Brân is the perfect place to wander silently and reflect on the unstoppable march of time. 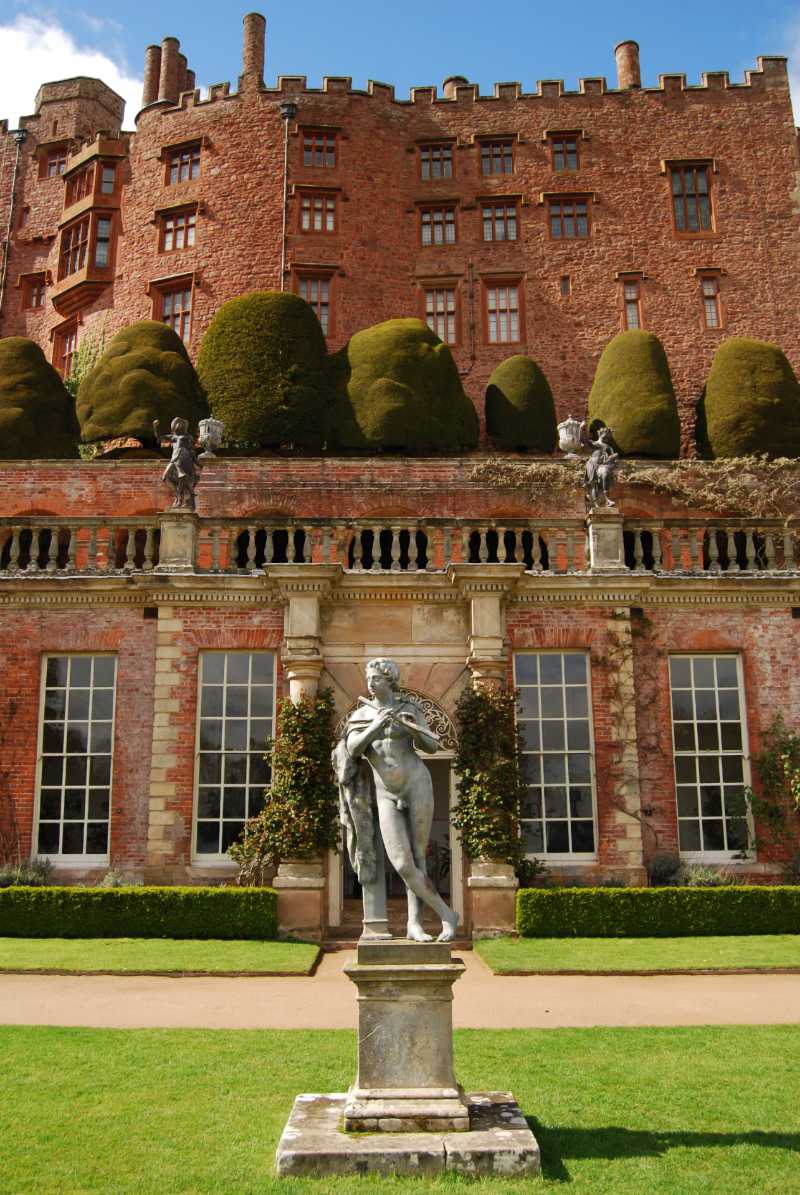 A large, 13th century structure that looks more country house than fortress, the castle and gardens at Powis are perfect for those seeking something a little different.

First, there’s the art collection, which includes a portrait by Sir Joshua Reynolds, a book of hours belonging to Lady Eleanor Percy, and a solid gold tiger from the throne of the Tipu Sultan. Then there are the gardens, filled with summer blooms, herbaceous borders and impressive Italianate terraces.

But best of all are the splendidly spooky stories that have hung around the house for centuries. Pianos playing themselves, disembodied knocking sounds, a woman in black and a ghostly gent in a golden suit: Powis has been plucked straight out of the haunted house playbook.

Replete with hexagonal towers, spiral staircases, and one wall that drops away straight into the moat, Raglan Castle looks good and knows it. A relatively late entrant to the Welsh castle canon, it dates from the 15th century at the earliest, and was unfortunately slighted (deliberately damaged beyond use) during the English civil war.

Strangely unheralded compared to its illustrious colleagues, the effortlessly Instagrammable Raglan Castle is no less deserving of your visit.

A monolithic monster wrought from blackened stone, Caerphilly is the kind of castle you’d expect to house one of the baddies from Robin Hood. The moat is massive, the gatehouse is massive, the towers stand like mighty redwoods, and with a site of 30 acres, it’s the second-largest castle in the UK.

Built by English Earl Gilbert de Clare to intimidate Llywelyn ap Gruffydd, commonly called the last sovereign Prince of Wales, Caerphilly retains a stark, faintly uncomfortable beauty. The cunning Llywelyn actually pinched the castle when it was only half-finished, but couldn’t hold it long. With a mini-museum in one of the towers and replica siege engines in the courtyard, it’s a meaty visit for young and old alike. 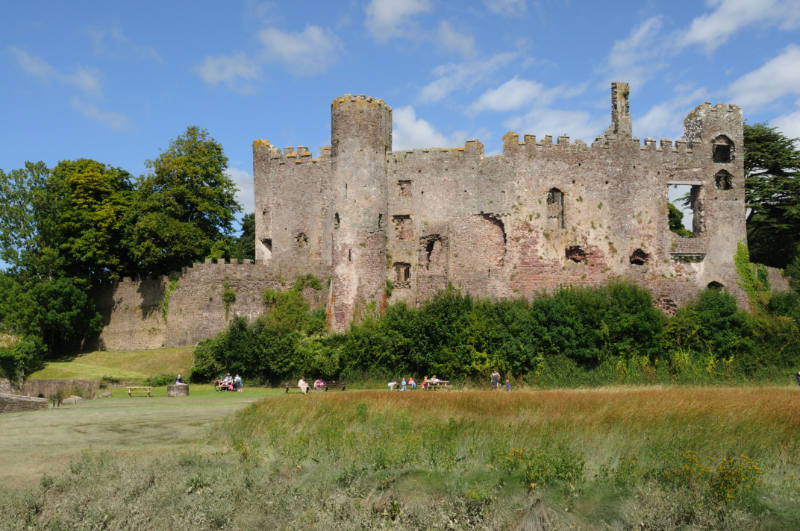 A venerable fortress first built by a Norman lord, the traditions of Laugharne are as artistic as they are military or political. This is mostly due to the lyrical musings of Dylan Thomas, who famously overcame a patch of writer’s block while staying in the castle garden.

These days Laugharne Castle – described as “brown as owls” in Thomas’s ‘Poem in October’ – makes a short but satisfying stop for poets and castle-lovers alike. 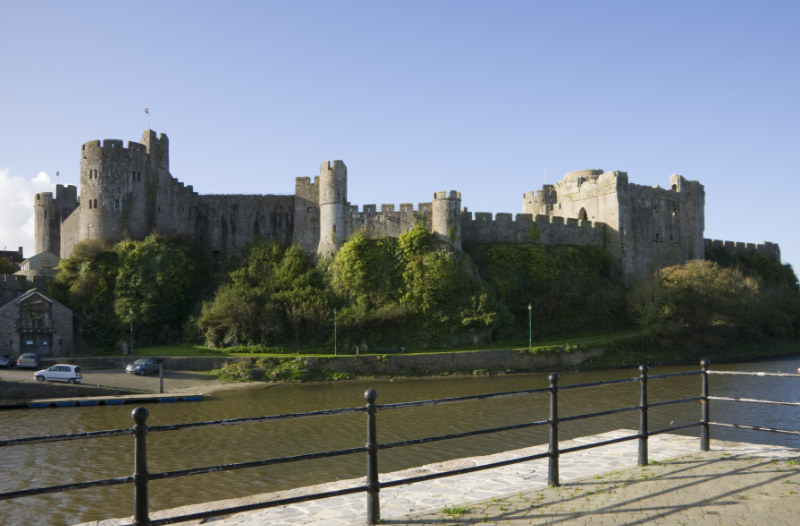 A stronghold that’s evolved continuously down the centuries, Pembroke castle started life in 1093 as a wooden motte-and-bailey under the auspices of Norman lord Arnulf of Montgomery. Known for its unusual oval shape, and for Wogan’s Cavern – a large subterranean cave thought to have been used as a boathouse – the modern-day Pembroke is a large, impressive all-rounder with great views over the surrounding town.

Fun fact: The castle was a central shooting location for the romantic comedy Me Before You, starring Sam Claflin and Game of Thrones star Emilia Clarke.

6 stunning Welsh beaches that rival those in the Caribbean