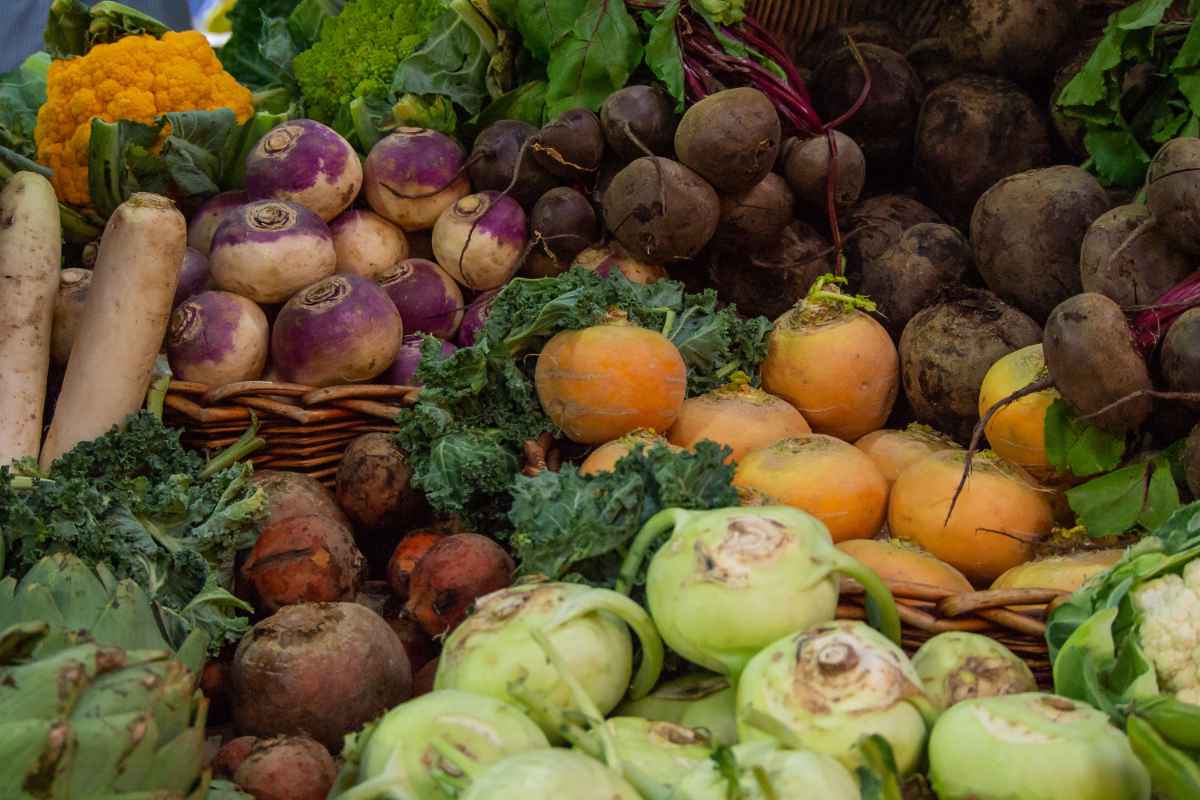 Now is the time to be harvesting a cornucopia of veg – from autumn cabbages to winter turnips, leeks and maincrop beetroot.

So, how do you know when you should start your autumn harvest and what’s the best way to go about it?

When to start your autumn harvest

All turnips prefer a cool climate in an open area with plenty of rainfall in a sunny spot.

The slow-growing winter maincrop types sown between July and mid-August should be lifted gently with a fork before they reach tennis ball size. These varieties include including ‘Golden Ball’ and ‘Green Globe’. If the turnips get any bigger than a satsuma they will become woody and flavourless.

They’re not winter hardy either, so make sure you include them in your autumn harvest before the frost comes. Store them in a cool, frost-free place, twisting off the leaves and storing them in boxes filled with sand until you want to eat them.

These veg are so versatile and so underrated. They are totally hardy, braving cold and freezing weather and remaining relatively unaffected.

To protect cabbages from wind and frost in autumn, earth up soil around the base of each plant and remove dead leaves. This will stop any rot or disease spreading.

You’ll know they are ready to pick when the centre tightens up and forms a solid ‘heart’. To harvest, cut off the plants close to the ground under the heart with a sharp knife with a scalloped blade. Remove the damaged outer leaves before eating.

Many winter varieties are hardy enough to survive the whole winter outdoors. Others, such as red cabbage, should be cut and stored before the first frosts. Autumn cabbages are best eaten when they have just been harvested. Alternatively, they can be lifted and stored in straw-lined boxes in a cool, dry place.

Leeks, a great allotment crop, can be sown in spring and harvested from September onwards. You can continue to harvest right through autumn, winter and early spring. Start harvesting a few at a time to use when you need them by using a fork pushed down deeply into the ground next to the leek to ease it out.

Early varieties should be lifted first and will be ready from September to December, while late varieties can be harvested from December to March.

These veg are so hardy, though, that you can leave them in the ground until you want them. Make sure you dig them up while the ground is still soft enough to do so as you’ll have trouble if the frost sets in and makes the ground too hard. If you dig up too many to use in one go, heel them in just for a short period in a sheltered part of the garden near the kitchen.

Leeks planted with a dibber should have a long white stem, but others can be earthed up as they grow, by drawing soil up along the stem to increase the length of the white stem. Good varieties include ‘Apollo’ and ‘Musselburgh’.

If you’ve sown your beetroot in June for a maincrop for harvesting from September onwards, you can lift maincrop beetroots now for storing indoors.

Don’t let them get any bigger than a tennis ball or they will taste woody. When lifting, use a garden fork to loosen the soil underneath, taking care not to damage the roots. Try not to break the tap root or the vegetable will bleed, and twist the leaves off to around 2.5cm-5cm above the root to stop bleeding.

When storing maincrop beetroot, discard roots showing signs of disease or damage and store them in sand in a wooden box, making sure none of the roots are touching each other. Keep the box in a cool, frost-free place such as a shed or garage.

Now you’re ready to bring in your autumn harvest – check out some of our recipes for ideas to cook your veg. 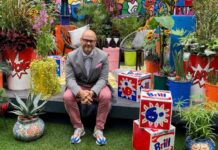 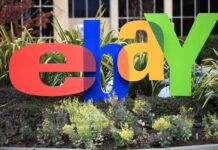 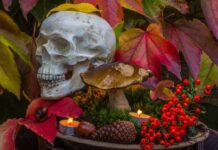