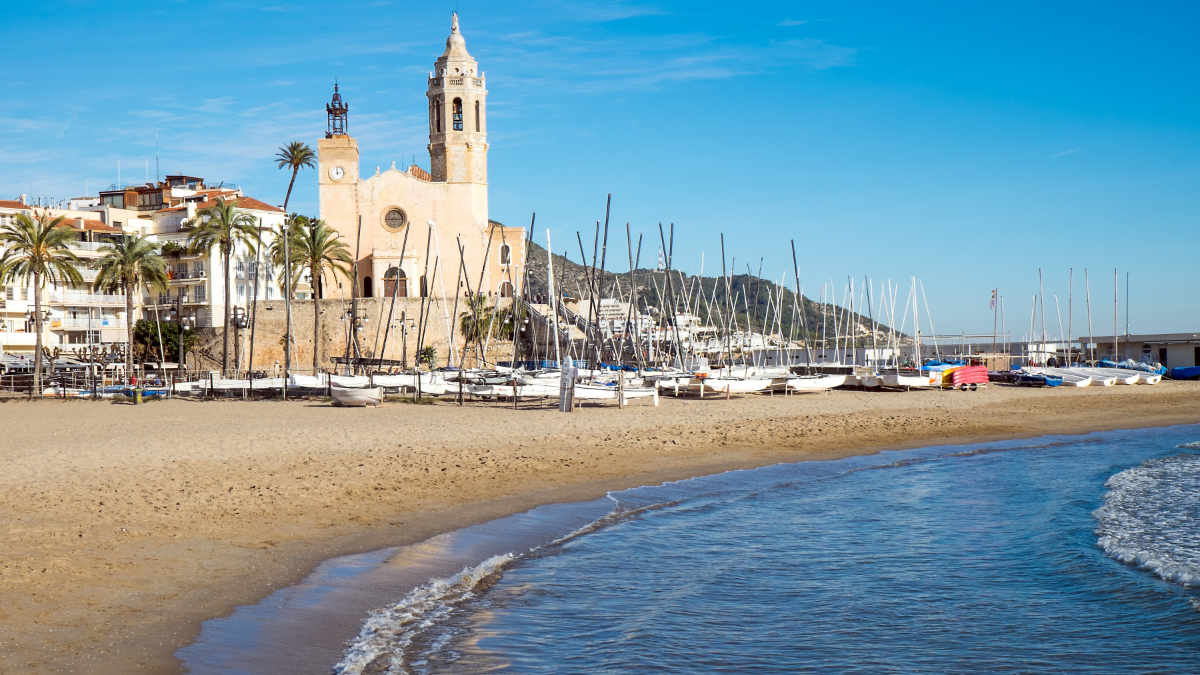 If you’re thinking of retiring to Spain from the UK, you’re not alone. Spain is home to one of the largest communities of expats in Europe and is a popular destination for people over 50 looking to retire abroad. With over 300,000 Britons officially registered to live in Spain according to data from the Office of National Statistics – and with nearly half of those aged over 65 – you’ll be in good company when retiring to Spain.

Retiring to Spain from the UK – what are the benefits?

With hundreds of thousands of Britons retiring to Spain, there are lots of benefits that make Spain an attractive retirement destination. Homes are far cheaper to buy than in the UK, and rents for comparable apartments are around 30% cheaper in Spain too. Cheaper housing coupled with a lower cost of living means savings and pension income can go further.

Other benefits of retiring to Spain from the UK include the warm climate and sunny weather. This allows expats to head outside and enjoy outdoor activities including water sports, golf and walking. A diverse landscape offers plenty of places to explore and, with easy access to the UK thanks to cheap flights, it’s also straightforward to pop back to the UK. Healthcare is excellent, and as a UK resident moving to Spain you’ll be entitled to the same healthcare access as Spanish citizens.

If you’re thinking of retiring to Spain and want to be close to expat communities, popular areas are the Costas – Costa Blanca, Costa del Sol, Costa Brava, as well as the Canary Islands, Balearic Islands and Murcia.

With Brexit looming, the impact on retiring to Spain isn’t currently known. Many of the processes and entitlements, such as access to Spain’s healthcare system will most likely change. Until a deal is announced, it’s best to get professional advice if you’re planning to retire to Spain after Brexit. We’ll update this guide with the latest information on retiring to Spain after Brexit as soon as the government announces details of the Brexit deal.

Retiring to Spain – what you need to know

Retiring to Spain is relatively easy. You can access Spain’s healthcare system, register for a GP, access your pension each month and buy a property. There are no limits to how long you are entitled to remain a resident – though Brexit might change this.

However, retiring to Spain isn’t without paperwork. From sorting out healthcare to arranging for your pension to be paid into a Spanish bank account, you’ll need to plan ahead. This guide covers the more significant paperwork you’ll need to do, but there are some general documents you’ll need to arrange.

You’ll need to apply for a Residencia card or Spanish residency card, plus a Pardon document. These allow you to register as a resident within a specific Spanish municipality and buy a property. You’ll also need to apply for an S1 form from the International Pension Centre to register for healthcare, and it’s worth getting a pensioner’s card – known as the tarjeta de jubiladoor tarjeta de pensionista– as it entitles you to benefits.

How much does it cost to retire to Spain from the UK?

Retiring to Spain is cheaper than spending your later years living in the UK. According to Numbeo the cost of living in Spain is around 17% lower than comparable costs in the UK. Rent is around 30% cheaper than the UK, and a one-bed apartment away from the city centre costs around €470 per month increasing to €630 in the centre. A three-bed apartment costs around €740 per month, increasing to €1,020 per month depending on location.

Council Tax – known as the IBI – is also a lot cheaper than British Council Tax bills. You’ll pay the regional SUMA or town hall office based on the valor catastral, or rateable value, of your property, but it’s roughly one quarter the amount you’d pay in the UK for a similar property band.

Utility bills for gas and electricity are roughly the same as in the UK, though broadband and satellite TV are more expensive. Expect to pay around €40 a month for broadband. It’s worth knowing that you may end up with a larger energy bill than you would in the UK due to the prevalence of air conditioning in Spanish properties. Hot Spanish summers can add significantly to the cost of running a home using air conditioning.

Other expenses can be overlooked by people retiring to Spain. Many Spanish properties have swimming pools, and pool costs can be expensive for cleaning, chemicals, heating and operating water filters. If you move to a property with shared grounds and a communal pool, make sure you’re clear on ground rent and service charges. Many retirees heading for communities with shared pool and grounds will need to pay service charges for upkeep.

The good news is that day-to-day living costs in Spain are cheaper than in the UK. A three-course meal in a decent restaurant is around €35. Beer costs around €2. In total, you’ll need to budget around £20,000 year to live with relative comfort in Spain, including rent.

Tax isn’t straightforward, and it’s best to get professional advice from an independent financial adviser who specialises in retirement abroad. Otherwise, you could end up paying double tax on income both in the UK and in Spain. However, with careful planning, you can offset income you pay tax on in the UK against tax liabilities in Spain and become more tax efficient.

Tax is an issue if you spend more than 183 days living in Spain. Hit day 184, and you become a Spanish resident for tax purposes. If this applies to you, you’ll need to apply for an NIE (a tax identification number) in Spain and let HMRC know you are now a tax resident of Spain. While you should get independent advice, a general rule as a UK citizen living in Spain is that you will be liable to pay income tax on any worldwide income – and that includes the UK state pension and income from personal/private pensions. However, you won’t have to pay any UK taxes on your pension income. Other types of income, such as income you make from renting a home in the UK is liable for tax in the UK, which you can offset against tax liabilities in Spain.

Retiring to Spain – what it is like living in Spain

While your experience living in Spain will depend on the area you plan to retire to, it’s worth knowing that the Costas have plenty of British expats, English bars and restaurants, as well as British favourites in stores. Locals are also friendly, and it can be a good starting point for life in Spain.

There’s a good chance your health will improve, too. Thanks to the warm climate, there are lots of healthy activities to get stuck into, including golf, water sports, walking along Spanish beachfront. Expats often organise groups for bowling, going to the gym, running and walking.

How do I get my pension in Spain?

Getting both your state and private pension paid if you’re retiring to Spain is relatively straightforward, though there may be tax implications and exchange rates to navigate.

State pension – This can be paid monthly into a Spanish bank account, or you can choose for it to be paid into a UK bank which you can access from Spain. If you opt for a Spanish bank account, look for an account that has an International Bank number (IBAN) and Bank Identification Code (BAC). You’ll need these for your pension to be paid into the account. The downside is that your pension will be paid using the government’s exchange rate, which can see amounts fluctuate. Consider using a currency transfer specialist, as exchange rates are generally better than those used by the UK government. These services allow you to fix the exchange rate for future transfers, taking the guesswork out of how much money will appear in your account, and allow you to manage your account online.

Private/personal pension – This is more complicated, and the best advice is to talk to an independent financial advisor. Pension payments are viewed as income and taxed in Spain, but there are some tax-efficient approaches that minimise the amount of tax you pay. If your pension income is taxed in Spain, it is likely to not be taxed in the UK, although individual circumstances differ.

How does healthcare work in Spain?

Currently, the UK is part of the European Union and the European Economic Area (EAA) – which is good news if you’re looking to retire to Spain and need access to healthcare. Britons retiring to Spain are currently entitled to the same healthcare benefits and healthcare access as Spanish citizens. If you’re relocating to Spain, your EHIC card will provide access for the first three months while you file the relevant paperwork to access Spain’s healthcare system.

Some paperwork will need completing when retiring to Spain. You’ll need to apply for an S1 form from the International Pension Centre. Complete the S1 and register it in Spain with the Instituto Nacional de la Seguridad Social (INSS). You’ll then get an accreditation letter that allows you to register with a local GP. To register, you’ll need your passport, NIE and residency certificates to register with your local medical centre. You’ll be issued a tarjeta sanitaria– a Spanish health card – which you can use to access healthcare throughout Spain.

If you’re retiring to Spain and you’re under 65, then you’ll need to continue to pay into the healthcare scheme. It costs around £50 per month. You can also return to the UK at any point to have treatment on the NHS. 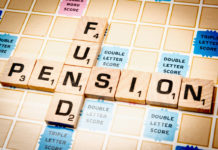 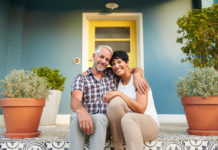 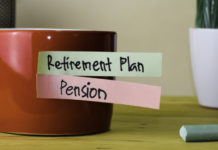 Lorna Cooper explains how to feed your family for a week...