If you thought dying from a broken heart was just an old romantic cliché, think again – it can actually be a medical condition which, in some cases, can be fatal. ‘Broken heart’ syndrome’, or Takotsubo syndrome, can be brought on by extreme emotional stress, like a bereavement, sometimes resulting in heart failure.

It’s only relatively recently that it’s been recognised as a condition and it’s still thought to be under-diagnosed, as it’s often mistaken for a heart attack because symptoms can be very similar.

“It’s difficult to put a figure on how many people are affected by Takotsubo syndrome because it’s only been widely recognised in the last few years. But research suggests it could represent 6-7% of all presumed heart attacks admitted through a cardiology department,” says Emily McGrath, a senior cardiac nurse at British Heart Foundation.

What is Takotsubo syndrome?

The syndrome causes a weakening of the left ventricle, the heart’s main pumping chamber, usually after severe emotional or physical stress.

The ventricle changes shape and enlarges to resemble a Japanese octopus pot, a ‘takotsubo’, which has a narrow neck and a round bottom, and stops the heart from pumping properly. The condition was first officially reported in Japan in 1990.

The British Heart Foundation says three-quarters of people diagnosed with Takotsubo syndrome, which is also known as Takotsubo cardiomyopathy or stress cardiomyopathy, will have recently experienced either significant emotional or physical stress.

“Exactly what causes Takotsubo syndrome is currently a scientific mystery,” says McGrath, “so it’s difficult to know how to prevent it. It can be caused by extreme emotional stress, but this can be difficult to avoid.”

As well as bereavement, stresses associated with Takotsubo syndrome include severe pain, surgery, overwhelming fear and receiving extremely bad news. There have also been reports of people getting it after the shock of intense, unexpected happiness, such as winning the lottery.

Of course, these things are very common life events, and the vast majority of people will not develop Takotsubo syndrome as a result. Exactly why some people’s bodies do react in this way is still a mystery.

One theory, suggested by researchers at Imperial College London, is that the syndrome is a result of body changing its response to the high level of adrenaline released during periods of extreme stress. Normally, the body reacts to adrenaline by stimulating the heart in preparation for a ‘fight or flight’ response, increasing oxygen levels in the body.

Conversely, in Takotsubo patients, stress hormones may cause changes in cells and blood vessels which ‘stun’ the heart. This reduces its pumping power, possibly in an attempt to protect the heart from overstimulation. Although most patients make a full recovery within days or weeks, around 4% of cases prove fatal.

Chest pain and shortness of breath, following the severe emotional or physical stress trigger, are the most common symptoms of Takotsubo syndrome.

“Initial symptoms are similar to those of a heart attack. Chest pain, breathlessness or collapse. Call 999 immediately if you or someone you’re with experiences these symptoms,” McGrath states. Tests will be able to give more of an indication as to what’s going on.

Takotsubo indicators include electrocardiogram (ECG) abnormalities similar to those of a heart attack. But there’s no evidence of coronary artery disease (blocked arteries in the heart), and movement abnormalities and ballooning in the left ventricle.

The majority of people diagnosed with Takotsubo syndrome – as many as 90% – are post-menopausal women. Men get it too, although the number diagnosed is far smaller.

It’s also suggested that the reason most women diagnosed are post-menopausal is because before menopause, an unknown factor – possibly connected to oestrogen levels – might be providing protection. This could keep them from developing the condition during the acute stress of childbirth.

Is there a treatment for Takotsubo syndrome?

The British Heart Foundation says there’s currently no medication known to help in the acute phase of Takotsubo syndrome, or prevent a second episode. Up to 15% of people who’ve had it will suffer another bout, often as a result of a completely different type of stress.

“Because heart attacks must be treated quickly to reduce damage to the heart, Takotsubo syndrome is often treated as a heart attack at first,” explains McGrath. “As this condition is newly-recognised, we need to understand the mechanisms behind it to better treat it. Most people with Takotsubo start a spontaneous process of recovery within hours or days, but it can take longer for the heart muscle to improve.”

For further information or support, find the Takotsubo support group on Facebook (facebook.com/groups/TakotsuboSupport). 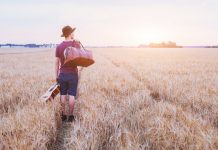 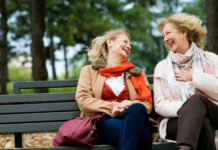 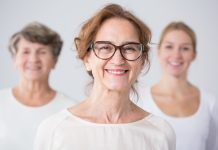 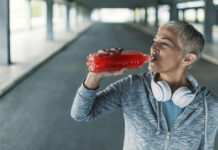 What are fasted workouts and can they help you lose weight?