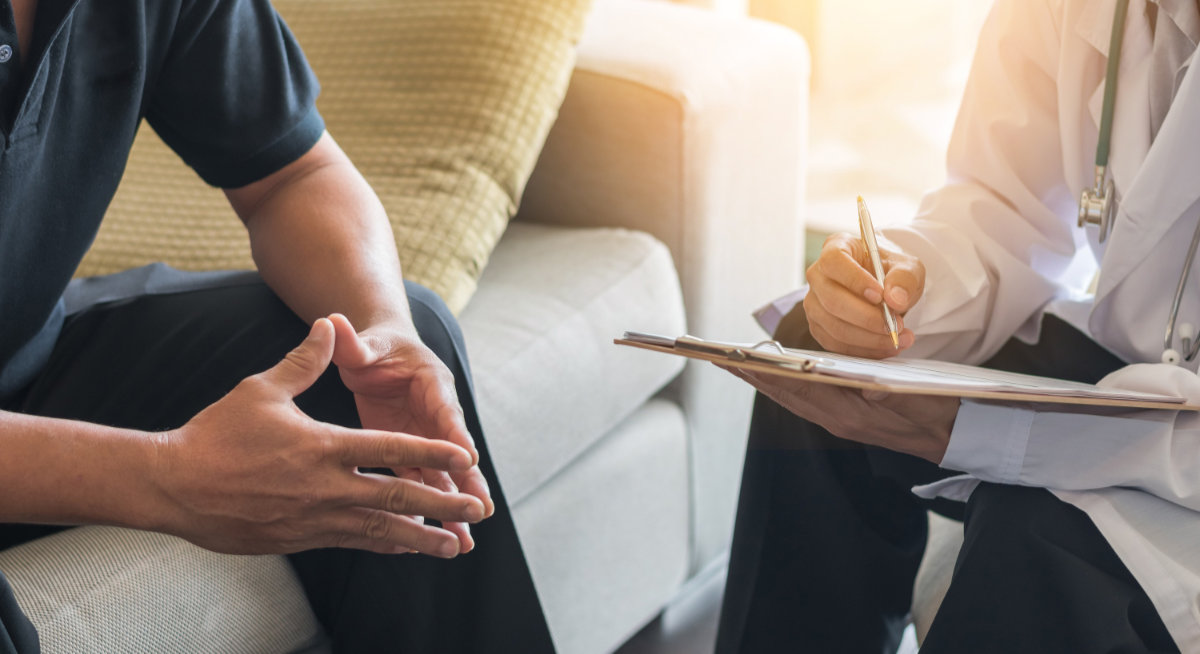 What is benign prostate enlargement?

First of all, the prostate is a small, walnut-shaped gland located in men’s pelvic regions; it sits between their bladder and penis and surrounds the urethra (the tube that passes urine out of the body).

Benign prostate enlargement (BPE) is a condition where the gland becomes enlarged, often causing symptoms such as needing to pee more frequently and urgently. It’s not medically serious but can be a nuisance, sometimes having a significant impact on a man’s general health and wellbeing and quality of life.

It’s important not to self-diagnose though, as the symptoms can be very similar to those of prostate cancer, so you should always get things checked by your GP if you notice any chances in your toilet habits, or any pain, discomfort or swellings in that area.

There’s also a lot that can be done to help treat and manage symptoms caused by prostate enlargement, so there’s no need to just put up with it. And with around 40% of men over 50, and 70% of those in their 70s, affected according to the NHS, it’s pretty common and nothing to be embarrassed about.

What are benign prostate enlargement symptoms?

Less common signs and symptoms include:

What are the risk factors of prostate enlargement?

Thinking about getting more exercise and keeping active? Read the weight lifting for seniors video and exercise guide for effective training.

1. Needing to pee at night is the only symptom – myth

It’s true that the most common symptom of an enlarged prostate is ‘nocturia’ – or needing to pee at night. However, this isn’t the only symptom to be aware of.

“When the prostate gland enlarges, it constricts the urethra, impeding the easy flow of urine from the bladder,” says Dr Stillman. “This can cause difficulty and hesitancy starting to urinate, with a weak flow and the feeling afterwards that there is more to come.” You may also return to urinate minutes after having finished.

“Until it is properly treated, nocturia may be an inevitable part of BPE,” adds Stillman. “An obvious point to note is that the more you drink, especially just before bedtime, the more frequent nocturia becomes – so restricting drinks, especially alcohol or caffeine, for a couple of hours before hitting the hay will help.”

It’s also a good idea to empty your bladder immediately before bed and keep the lights low when you do have to go, to encourage getting back to sleep quickly.

First and foremost, as mentioned, the benign prostate enlargement symptoms can be similar to those of prostate cancer – the most common male cancer in the UK. Prostate cancer can often be successfully treated but early diagnosis is vital, so it is always advisable to get any symptoms or unusual changes checked by your doctor, sooner rather than later.

If cancer is ruled out and BPE is diagnosed, although not life-threatening, the condition can still have a big impact on a man’s physical and mental health if left unchecked, and there really is no need to ignore it.

“For the majority of men, a benign prostate enlargement is a nuisance, an inconvenience,” says Dr Stillman – but it can sometimes have a hefty effect, particularly if the need to urinate becomes very urgent and difficult to control.

“Incontinence problems can be common in men with BPE, especially if it is not possible to find a toilet when required,” he says. “If the frequency extends into the night, it can often result in poor sleep quality too, which will have a knock-on effect on energy levels throughout the day.”

Some men may find it has a negative effect on their sex life too. “There is a link between prostatic enlargement and erectile dysfunction, although the cause is not clear,” says Dr Stillman. “The problems of urinary frequency, disrupted sleep and the associated anxiety can all upset the delicate mechanism that results in sexual performance and satisfaction.”

3. Men with BPE are more at risk of developing prostate cancer – myth

“BPE is not caused by prostate cancer and men with an enlarged prostate actually have no extra risk of developing it,” assures Dr Stillman.

Still, even if you’ve previously been diagnosed with BPE, it’s important to check in with the doctor if you notice any changes in your symptoms, or they get worse or aren’t responding to treatments – as you may still need to be checked for anything else that might be going on.

“Although prostate cancer is the most common form of cancer in men, it often progresses slowly and the results of treatment are generally good,” says Dr Stillman. “Even so, early diagnosis is always important, so every man developing the urinary symptoms (finding it difficult to pee, having a weak flow of urine, needing to pee urgently) must consult their doctor to get it checked.”

4. There are no treatments for BPE

There are a number of things that can help, depending on the severity of your symptoms.

In the first instance, your GP may suggest you make some lifestyle changes, such as drinking less caffeine, fizzy drinks and alcohol, which can help. Other self-management techniques can include ‘bladder training’, which your GP can advise on.

If lifestyle changes aren’t enough, options may include medication, catheters and, in some cases where symptoms are severe, surgery.

Dr Stillman believes over-the-counter natural remedies – such as AlchemLife’s ProQuil Natural Prostate Support (£29.99 for 14 capsules) – may also help in some cases. This is a food supplement that contains Pygeum and Saw Palmetto oils.

“Pygeum is a natural herbal remedy, prepared from the bark of the Africa cherry tree,” says Dr Stillman. “The bark has a long tradition in herbal medicine and research has found it to ease the frequency of prostatic disorders, and more recently, it has been shown to slow the growth of prostate cells.”Saw Palmetto, meanwhile, is a tree whose berries, Dr Stillman claims, are sometimes used to decrease symptoms of prostatic enlargement. “It does not directly reduce the overall size of the gland but appears to work by shrinking the inner lining, which in turn relieves some of the constriction of the urethra, carrying urine from the bladder,” he says.

The condition is associated with ageing, and as Dr Stillman notes, “the most common risk factor is age.” However, many men begin to experience signs and symptoms after the age of 50 (with the risk increasing further in their 60s and 70s) and it is possible for some men to be affected even younger.

Bottom line? Whatever your age, if you notice any new or unusual symptoms, check in with the GP. They’ll be able to arrange any tests or treatment if necessary, or reassure you that everything’s fine. 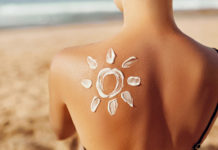 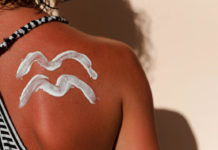 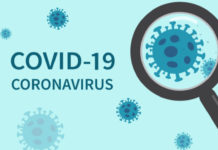 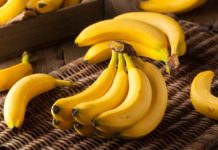 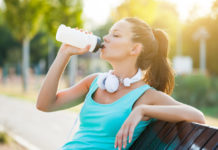 How many litres of water should I drink a day? 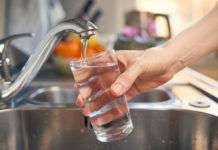 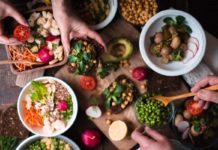 7 health benefits of being a vegetarian

7 tips for working out in small spaces at home

Best bikes and cycling kit for beginners and seasoned pros

5 of the best fitness podcasts to listen to right now Fun vegan quiz – is this food vegan or not?

Can you guess the country from its well-known tourist attractions?

Vegan gardening – the dos and don’ts of being a vegan...

Skyscraper picture quiz – can you identify the world’s tallest buildings?

ABOUT US
Live life to the full! Live healthy & happy! 💕🙏 Wise Living Magazine shares tasty recipes, expert wellbeing advice, healthy eating tips, travel inspiration, money-saving advice and the latest home and garden projects to help you get the most from life!
Contact us: [email protected]
FOLLOW US
© Wise Living Network | Company No 11540994 | VAT No 345331811 | 27 Old Gloucester Street, London, WC1N 3AX
FEEL ALERT, CONFIDENT & HAPPY!
Get FREE wellbeing tips and advice directly to your inbox each week!
Sign Up For Our Newsletter Today!
We will never sell your data and you can unsubscribe at any time
Close