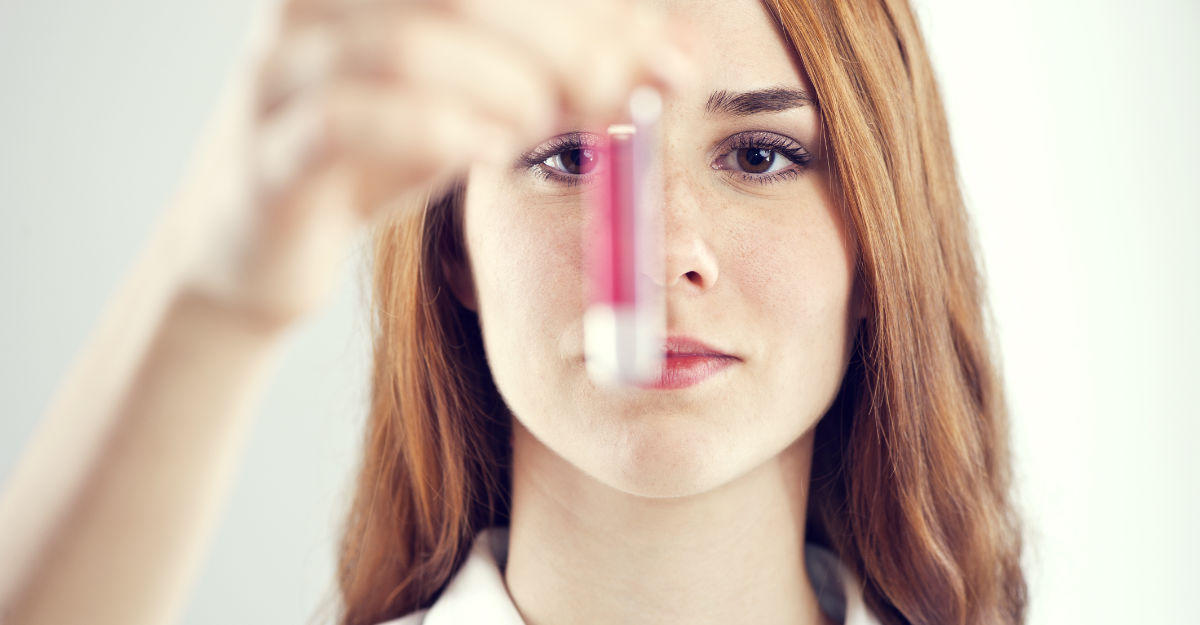 Compared with other cancers, awareness of blood cancer among the general population is relatively low. This means warning signs may be missed, and people diagnosed with a form of blood cancer might struggle to find the best levels of support and information.

The Make Blood Cancer Visible campaign, a partnership between Janssen Oncology and nine blood cancer patient groups, including Anthony Nolan, Bloodwise and Lymphoma Association, is hoping to help change this.

What is blood cancer?

We may not generally be as aware of blood cancer as other types, like breast and lung cancer, but it’s not uncommon. “Over 38,000 people are diagnosed with a blood cancer each year in the UK – that’s 104 people every day, making it the fifth most common type of cancer,” says Diana Jupp, director of patient services at Bloodwise. Also, blood cancers kill more people each year than breast cancer or prostate cancer.

What are the different blood cancer types?

In total, there are 137 known types of blood cancer – which relates to cancers that affect the blood, bone marrow and lymphatic system (the network of tiny tubes and lymph nodes that carry infection-fighting white blood cells around the body and help get rid of toxins). The two most common types of blood cancer are lymphoma and multiple myeloma.

The fact there are so many types, and their names don’t always contain the word ‘cancer’, might contribute towards the lack of awareness of the disease. “We know that low awareness can lead to late diagnosis and makes it hard for newly-diagnosed patients to find the information and support they need, leading to a greater sense of isolation,” says Jupp.

A recent survey, which quizzed 2,044 UK adults, found less than a third (32%) could identity the two most common types of blood cancer. Some 16% mistakenly thought melanoma (skin cancer) was a type of blood cancer. Almost two-thirds (62%) were unaware of the age groups most at-risk of blood cancer, and 30% of people incorrectly thought vomiting, nausea, double vision and headaches were common warning signs of the disease.

Who is at risk of blood cancer?

While many common cancers are far more likely to affect older age groups, Jupp notes: “Blood cancers are the most common type of cancer in children and young adults (from birth to 24 years).

While survival rates have improved dramatically over the years, one in five children diagnosed with the most common form of childhood blood cancer, acute lymphoblastic leukaemia, still do not survive, and those who do can experience a huge impact on their quality of life. We need to do what we can to help save every child’s life and give them the life they would have had without cancer.”

What are the effects?

“Blood cancer has a number of less ‘visible’ effects,” says Dr Clare Jacobson, specialist clinical psychologist at the Teenage and Young Adult (TYA) Cancer Service at London’s Guy’s Hospital. “I often work with patients who experience symptoms of post-traumatic stress disorder, distress and anxiety in relation to multiple losses and changes – e.g. to self-perception, relationships, confidence and employment status. Patients have to adjust to living with the fear of relapse and can also witness the journeys, and sometimes loss of others.”

As with other forms of the disease, the impact can linger far longer than the actual treatment or period of ‘having cancer’. There might be a lot to process, and life doesn’t just ‘snap back’ to how it felt pre-diagnosis. “It often takes a few months after treatment for the real psychological journey to begin and for people to find their ‘new normal’,” says Dr Jacobson.

Recommended: The 5 symptoms of kidney cancer everyone should be aware of.

Every 20 minutes, someone in the UK is diagnosed with a form of blood cancer, such as leukaemia or lymphoma. It’s the fifth most common cancer, and the third biggest cause of cancer deaths.

Yet warning signs can be so unlike those of other cancers, that it’s often diagnosed at a very late stage. Research by the blood cancer charity Bloodwise found more than a third of people with blood cancer had to visit their GP three or more times with symptoms before being referred to hospital. This makes it the worst performing cancer in terms of early diagnosis, the charity says.

How to spot the signs of blood cancer

Why is it so difficult to spot? Well, blood cancers, which stop blood stem cells from working normally and can make you weak and prone to infections, have three main types with many different variations. These variations have numerous diverse symptoms, which can often be mistaken for other less serious conditions.

“Not all signs of blood cancer are easily identifiable, or are associated with typical symptoms of cancer, such as a lump or abnormal mole,” explains haematologist Dr Manos Nikolousis, a medical consultant with the blood cancer charity DKMS.

“Blood cancer often presents in ways which are most commonly associated with unrelated and less serious illnesses, like a cold or flu. In other circumstances, patients notice a change in their body which they can’t quite put their finger on.”

One of the treatments is a stem cell transplant that restores blood-forming stem cells in patients who’ve had theirs destroyed by very high doses of chemotherapy and/or radiotherapy. But Nikolousis points out that only one in three patients who need a transplant will find a matching blood stem cell donor in their family. The remaining two-thirds have to rely on an unrelated donor, which significantly reduces their chance of finding a crucial match.

“The more people who register as potential blood stem cell donors, the better the chances of finding a donor for someone in need,” stresses Nikolousis, who points out that potential donors, who should be healthy and aged between 17-55, just need to sign up with DKMS online.

The charity will send a screening kit to obtain a swab from inside the donor’s cheeks. If they then prove to be a match for someone, 90% of donations are done by collecting blood and harvesting stem cells from it. The process is simple and could potentially save lives.

What are the main blood cancer symptoms?

So what are the main symptoms of blood cancer? “Symptoms for different blood cancers are varied and are easily confused for less serious conditions, but can include fatigue, back pain and night sweats,” says Jupp. Sore bones and joints, bruising and unusual bleeding are also among the warning signs. “If people experience symptoms that are unexplained and persistent, they should book an appointment with their GP. It is unlikely to be anything serious but it is important to get it checked out,” she advises.

Musculoskeletal pain in muscles, joints, tendons, bones or structures that support the limbs, neck or back.

One of the most common symptoms associated with blood cancer is bruising, and/or bleeding. The frequency and lasting impact of bruising can be a key warning sign of blood cancer, so it’s important to book an appointment with your GP if this develops.

Unexplained and persistent tiredness is one of the biggest telltale signs of blood cancer. People who have cancer-related fatigue find it incredibly challenging to complete simple tasks that we tend to take for granted.

The lymph nodes are small lumps of tissue that contain white blood cells. When inflamed, they can be felt as lumps under the skin; most commonly in the neck, armpit or groin area.

There may be new headaches that feel different to headaches previously experienced. They’re likely to occur frequently and be severe and long-lasting. They also often appear alongside other physical symptoms associated with blood cancer.

Persistent abdominal discomfort, presenting as a sharp pain or a sense of feeling full.

Numbness in the hands or feet

This can be described as a feeling of pins and needles/numbness in the feet that moves up to the legs, or from fingers into the arms.

This can feel like a fluttering, a sudden thump or a fast pounding sensation in the chest. It can also be felt in the neck or ear when lying down.

There may be a prolonged or recurring inability to concentrate or focus, and people may describe this as feeling mentally drained or dizzy.

Patients may have continuous trouble falling asleep or staying asleep. This might result in a restless night’s sleep causing a feeling of extreme tiredness.

Persistent, irritable and itchy skin. This may be experienced all over the body, or in isolated spots. Again, this symptom often appears alongside other physical symptoms associated with blood cancer.

These symptoms are very common and don’t automatically mean you have cancer. But if you notice any unusual or ongoing changes, it’s always best to see your doctor and get checked out sooner rather than later.

Recommended: Julie Walters opens up about bowel cancer – what you need to know about the disease. 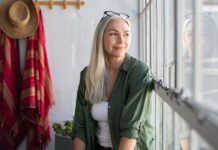 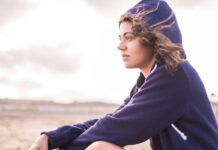 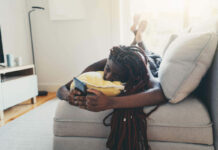 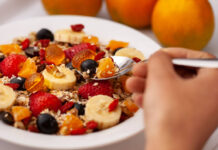 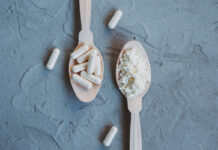 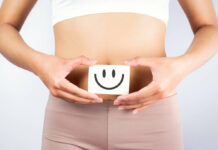 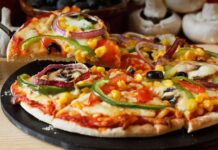