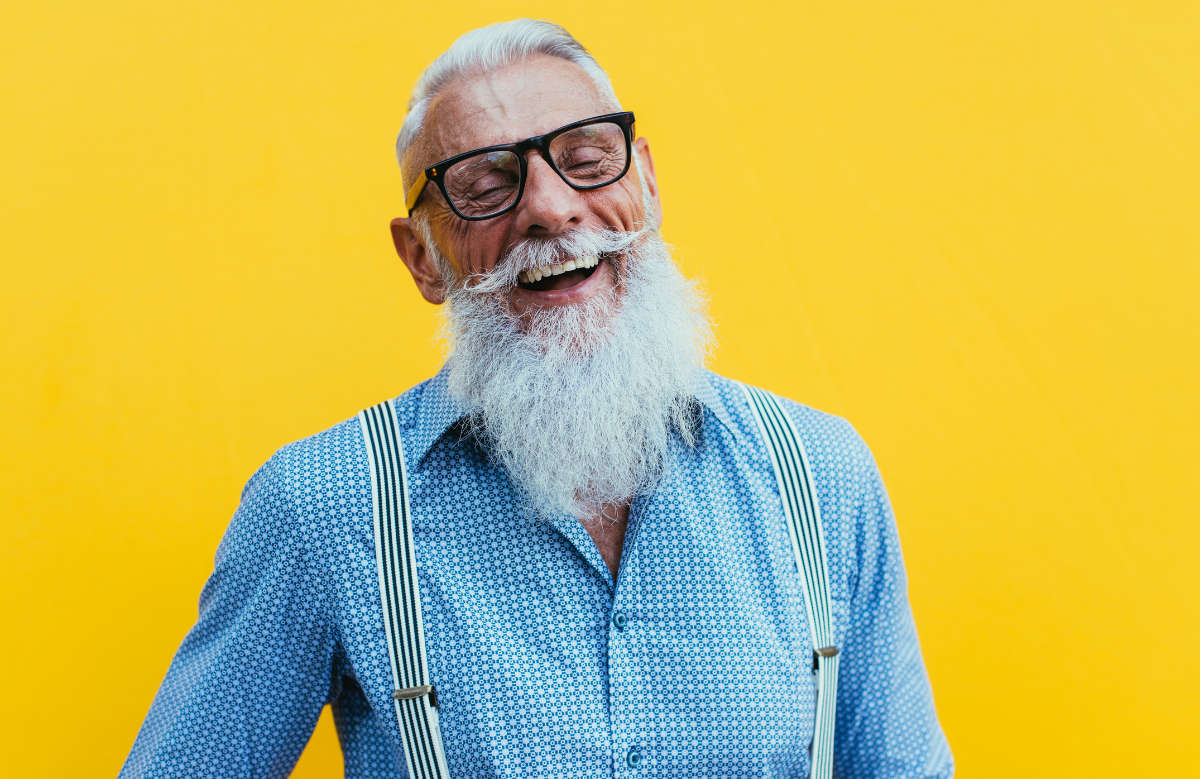 If you want to live well for longer, don’t wait ’til you’re old to start tackling your health and wellbeing.

The quest to live well for longer

The pair began their longevity quest after dementia and cancer hit their parents and grandparents, and they faced the prospect of a similar fate as they aged.

Streets, 54, says: “I looked after my grandfather as he died from cancer, and later I watched my mother care for my grandmother who lived with dementia and crippling rheumatoid arthritis. When I developed a chronic autoimmune disease, I knew things had to change. In my 40s, I joined Susan to research and blog our way to a healthier, happier old age. So far it’s worked – I’ve never felt better!”

The friends shared their longevity discoveries on a blog called the Age-Well Project, which led to a book of the same name that’s just been published. It details nearly 100 shortcuts to health in mid and later life, centring on four cornerstones of healthy ageing: Regular exercise, healthy diet, continued mental engagement, and good sleep.

10 ways to live well for longer

Coffee is rich in antioxidants, polyphenols and a recently identified compound called phenylindane, which may help fend off Alzheimer’s and Parkinson’s disease. The authors say the longest-living people drink between two and four cups a day, and it should be consumed without sugar or processed syrups, and shouldn’t be too milky. Dark-roasted contains more beneficial ingredients. 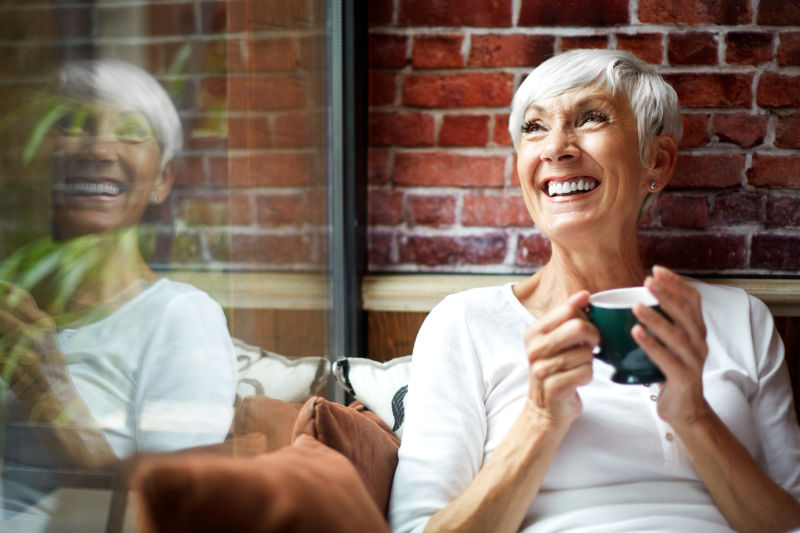 2. Walk faster and aim for 30 minutes of activity each day

Walking is good, but it’s the fast walking that really counts, say Streets and Saunders. Brisk walking has been linked to better memory, better health and a longer life. Increase your pace until you’re slightly out of breath, and aim for 30 minutes every day, ideally outdoors to get the additional benefits of vitamin D and light during the spring and summer months. 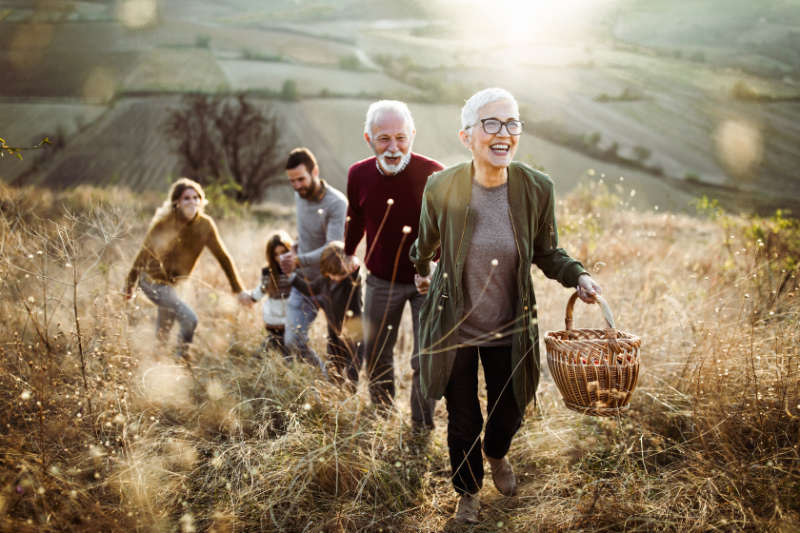 3. Get outside into green spaces and enjoy woodland walks

Trees produce phytoncides, which studies have found help lower blood pressure, reduce stress, and support immunity. The microbes in forest soil have been found to reduce depression too. “A weekend in the woods improves immunity for up to a month, while an afternoon walk means better sleep,” says Streets. “Research suggests a 15-minute walk is all it takes to reap the benefits of phytoncides and forest microbes.”

Being out-and-about and active in green spaces is a wonderful way to live well for longer. Read our guide to six essential reasons to keep active and healthier this autumn. 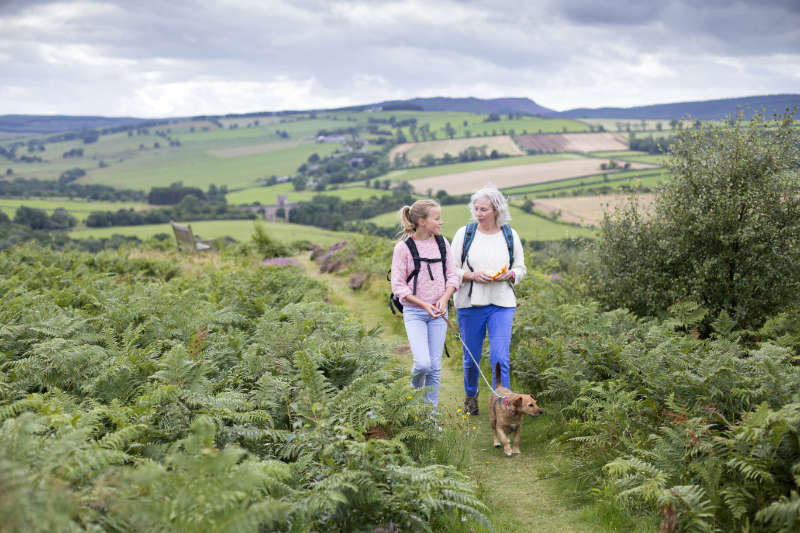 4. Try intermittent fasting to help you live well for longer

Intermittent fasting is a proven method for increasing longevity, say Streets and Saunders, and it also appears to fend off Alzheimer’s, type 2 diabetes and weight gain. There are several forms of fasting, such avoiding food for 16 hours overnight and then eating in an eight-hour window – a method Streets uses – and it’s important to find one that suits your lifestyle. 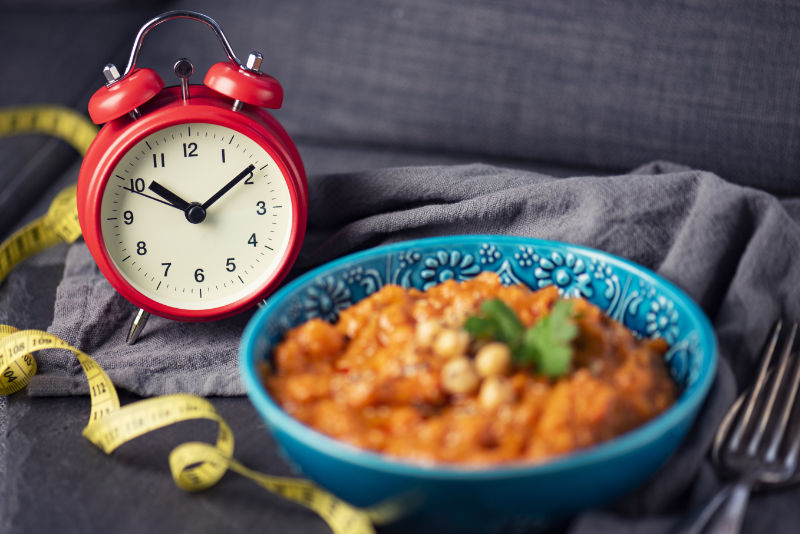 5. Build muscle as you get older

Experts believe resistance training is as important for ageing as aerobic exercise, eating vegetables and sleeping well. After the age of 40, we lose muscle at the rate of 1% a year, increasing the risk of heart attacks, strokes and osteoporosis. Recent research found that older adults who did twice-weekly strength training lived longer and with less illness than those who did none.

And you don’t have to go to the gym to do such training – Streets says she has weights throughout her house which she lifts while waiting for the kettle to boil or watching TV.

Looking to get fitter and build muscle as you get older? Read our guide on how to find the best gym and what to look for in a personal trainer. 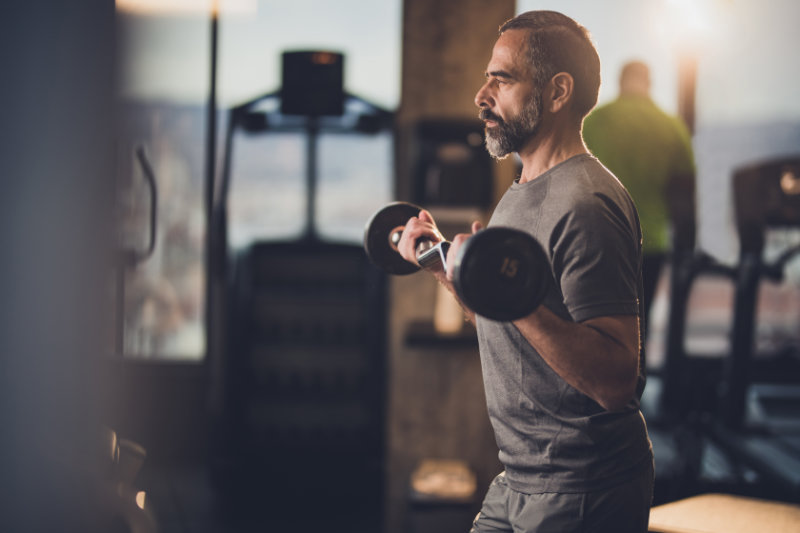 6. Meditate and take part on yoga

Meditation and yoga appears to reduce stress and strengthen telomeres, the ‘caps’ which protect DNA. A Harvard study found meditation has a positive impact on blood pressure, with 15 minutes a day making a difference. And it has a powerful effect on the brain: Regular practitioners seem not to lose grey matter, or suffer reduced concentration, as they age. Saunders, 52, says doing around 10 minutes of daily meditation has made more difference to her stress levels than anything else she’s tried for the project.

Looking for more ways to improve your mental wellbeing. Read our guide on ways to boost your brain health. 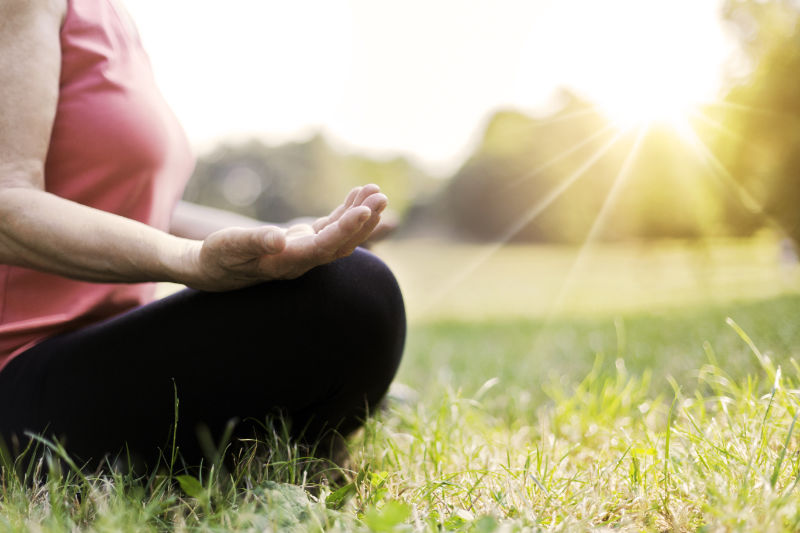 An Australian study tracked the diets of 1,600 people over 10 years to discover the impact of carbohydrate consumption on successful ageing. The most successful agers (those most free of disease) ate the most fibre – usually from fruit, wholegrain bread and oats. The researchers suggested that either the fibre slows the digestion of food, thus keeping insulin levels in check, which in turn reduces inflammation (a key trigger of ageing); or some types of fibre ferment in the body, producing short-chain fatty acids which also dampen inflammation. 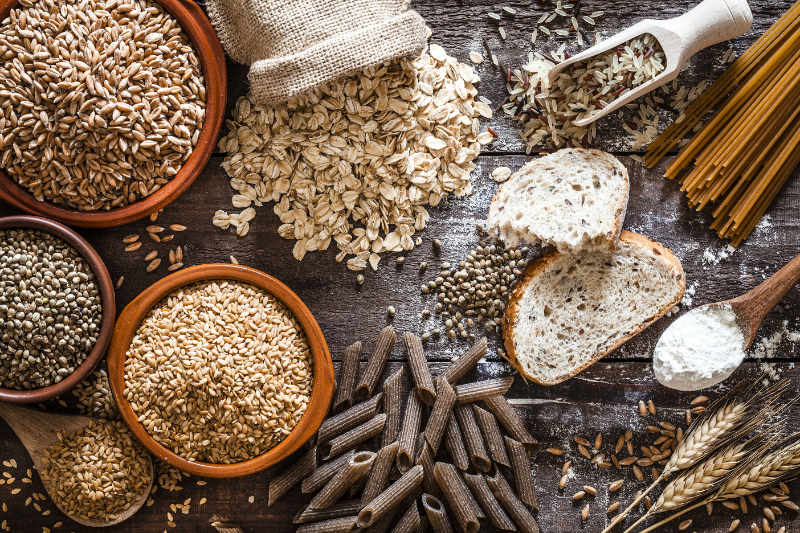 8. Avoid blue light from screens and phones at night

Blue light helps wake us in the morning, but at night it suppresses production of melatonin, the hormone which helps control sleep-wake cycles. Screens and LED lights produce blue light, and Israeli researchers found study participants who were kept away from all screens for an evening, then given access to screens the following night, didn’t sleep nearly as well on the night they used screens. So for better sleep, which helps promote healthier ageing, avoid screens in the evening. 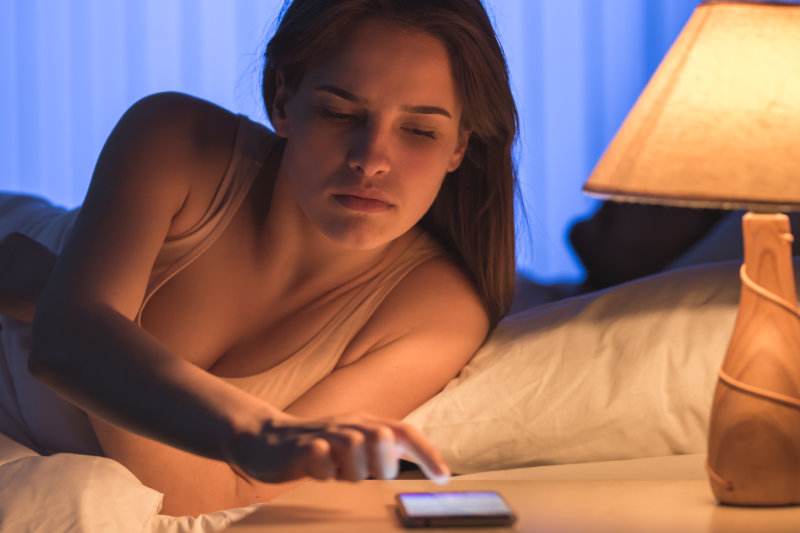 9. Take care of your eyesight

Age-related macular degeneration is the most common cause of blindness in the developed world. The best ways to help protect eyes from the condition are to avoid smoking, keep active and eat healthily – including foods rich in macular pigments, found in bright green, yellow and orange fruit and vegetables, such as corn, orange peppers, carrots and kale. 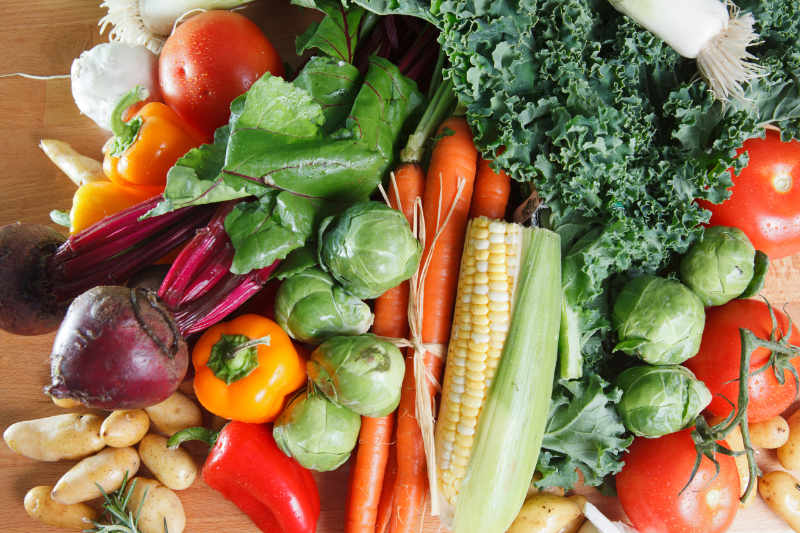 10. Get a dog and head out for regular walks

Having a dog forces you out every day, whatever the weather. Research shows that walking a dog boosts physical activity among older people, especially during winter. A study of more than three million Swedes aged 40-80 found dog owners had a lower risk of death due to all causes. Pet owners also have lower blood pressure and cholesterol than non-pet owners. 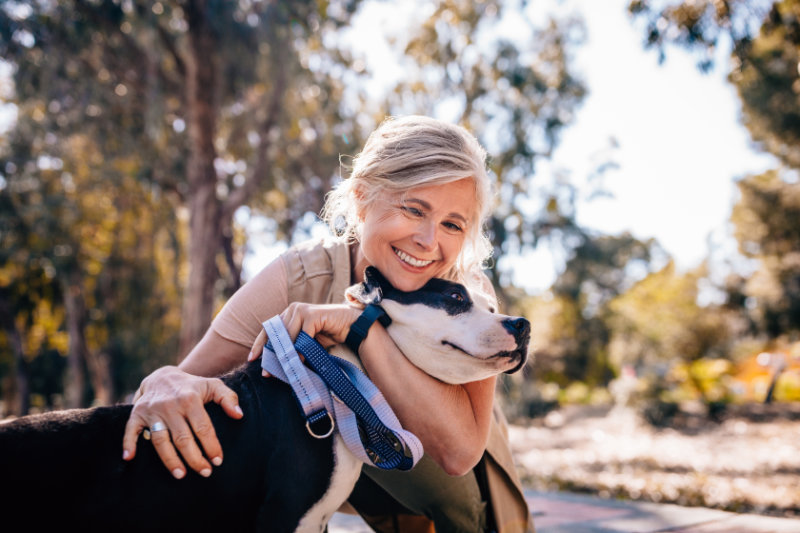 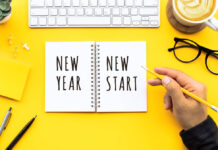 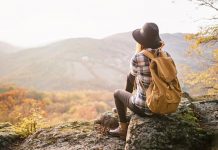 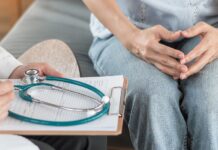 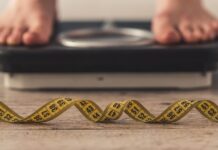 10 January diet tips to help you stick to your resolutions 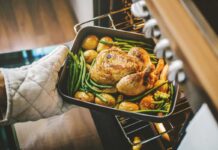 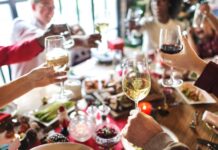 Nutritionists reveal their simple secrets to a healthier Christmas 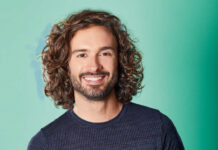