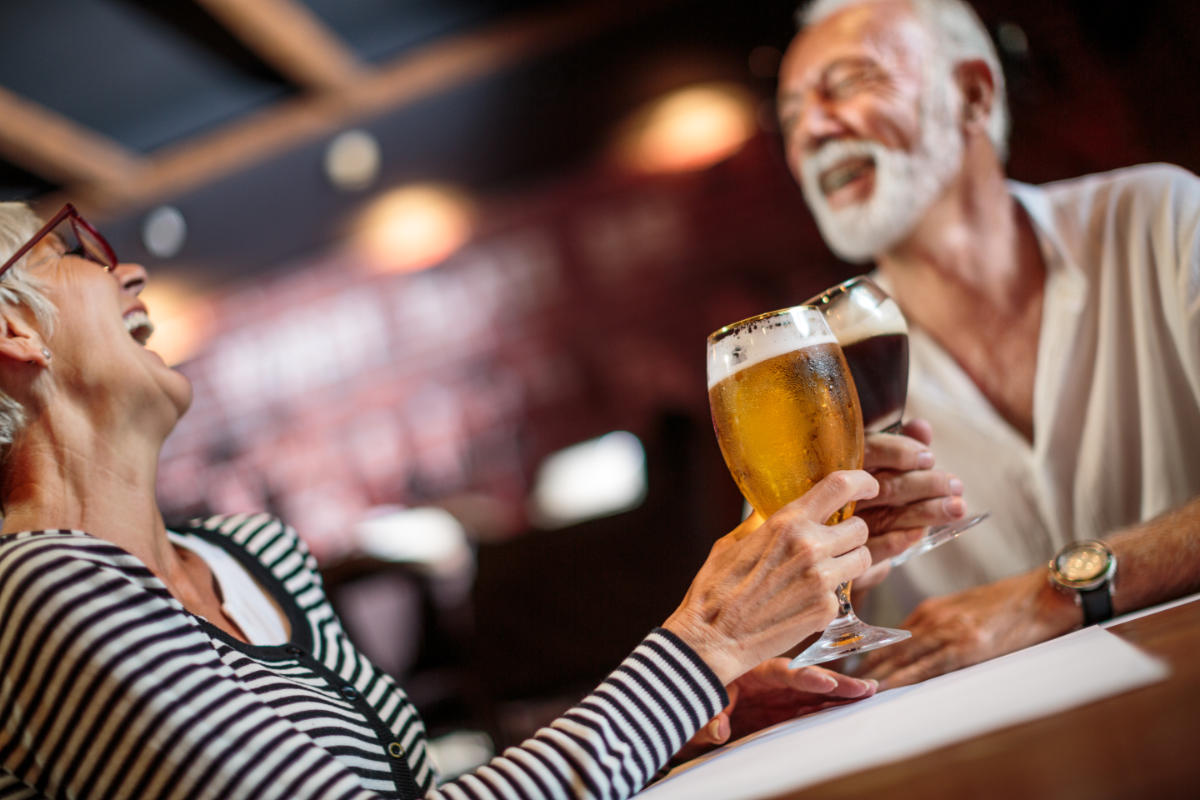 Tackle headaches, nausea and general malaise with these top tips for how to cure a hangover quickly from health experts.

If you’ve over done it a little on a weeknight and need to perk yourself up for an all-important meeting, medication can be tempting. But if you’d prefer to avoid pharmaceuticals, there are natural solutions to try along with plenty of food and drink that you can try to help cure a hangover.

Expert advice on how to cure a hangover quickly

While there’s no such thing as a complete ‘cure’ for a hangover, there are measures you can take to ease the pain while you wait out the unpleasant symptoms of a heavy night.

We’ve talked to nutritional experts to get the lowdown on some of natural hangover cures you could try instead, as well as a round up of the best hangover cure foods and drinks to try.

Ginger has long been used in Chinese medicine as an anti-nausea measure. This traditional thinking is well-founded: A 2016 study concluded that the plant is “an effective and inexpensive treatment for nausea”.

A cup of ginger tea the morning after a heavy night could be a cheap way of hitting two birds with one stone. You’ll be replenishing some of that much-needed water, and also getting an important shot of stomach-calming ginger. Since ginger also has anti-inflammatory and heart benefits, you might just find yourself making it part of your daily routine.

When it comes to getting ginger to taste good, registered nutritionist Rob Hobson recommends that you add 1-2 tsp of ginger powder, half a lemon and 2 tsp of honey to a teapot and fill with boiling water. Leave it to brew for five minutes before serving. “The zingy flavour is very energising, and the honey will help to re-balance low blood sugar levels,” he says.

Tea is well and good, but many of us can empathise with a lack of appetite for actual food the morning after drinking. Eating is also vital, though, with alcohol consumption hitting your blood glucose levels hard.

Cliché would dictate that you tuck into the greasiest full English available, but our experts warn against this – “ditch the morning-after fried breakfast”, says  Hobson.

Granola with sliced fruit can give you a hit of natural sugars and also get you some valuable vitamins as a bonus. Lambert says: “Foods containing potassium can help your body to recover lost electrolytes from a night of drinking. Bananas and avocados are good sources.”

The prickly pear is a photogenic cactus with a vivid red fruit. Studies have shown that extract from this fruit can be used on hangovers to impressive effect.

It’s been found to reduce nausea, dizziness, and headaches, all of which sound pretty brilliant from the point of view of Britain’s hangover victims. If you want to try it out, look for a supplement called Hovenia Dulcis extract.

Another extract to try is Artichoke. “This supplement stimulates bile production and can help to relieve bloating and other symptoms of indigestion associated with alcohol consumption,” says Hobson.

Bananas are a rich source of potassium, which can be depleted when you drink alcohol. This is because as you drink your body can suffer from dehydration, including the loss of sodium and potassium in the form of electrolytes.

Luckily bananas are packed with potassium. Top up your levels to feel better – a regular-sized supermarket banana will have around 12% of your daily potassium requirement.

Bananas have plenty of other benefits, too – including eating a banana before bed to help you sleep and combat insomnia.

There’s much going for the avocado. Eating an avocado can help prevent middle-age spread and, much like bananas, they are packed with potassium and contain liver-protecting compounds that are especially helpful for a hangover. A typical supermarket-sized avocado contains around 20% of your daily potassium.

Studies have shown that fructose – a key component of honey – can help your body flush itself of alcohol more effectively, and may be a good way to cure a hangover quickly. With honey containing nearly 40% fructose, one study in the Annuals of Nutrition and Metabolism by Delta State University found it boosted the rate the body gets rid of alcohol by just over 32%.

Now you already know about this one, but we can bet you haven’t adhered to it. Even relatively light drinking leads to dehydration. This, in turn, can cause the headaches, fatigue and lack of energy that so many of us associate with hangovers. When you wake up feeling rough, drinking a glass of water should be top of your to-do list.

Rhiannon Lambert, a Harley Street nutritionist and author of the book Re:Nourish (Yellow Kite, £19.99) says that despite not being a big drinker, she is sure to drink more water on the days after she’s had a glass of wine or two.

Getting rehydrated will be even easier if you remember to drink some water before going to bed at the end of your night – but don’t panic if you haven’t managed this. Making sure to take regular sips throughout your morning should still help you to feel better.

For sheer alcohol-processing prowess, it’s hard to beat tomato juice – and it doesn’t have to be in the shape of a bloody mary, either! Studies have shown that tomato juice is very effective at boosting the body’s ability to process alcohol through your system.

That old faithful – a rich, black hot coffee has been used by millions to nurse a hangover and clear a foggy mind. Studies have found that coffee is effective at lowering inflammation, which may help reduce the pain of a drink-induced headache. It’s also steeped in caffeine, which can increase your overall alertness and make you feel less tired.

Electrolytes get hammered when you drink, leading to many of the common symptoms of a hangover. Compound this with excess hydration, and you have the recipe for a splitting headache and feeling unwell.

Coconut water a brim-full of electrolytes. It contains sodium and potassium, which your body craves when you are hungover. A regular-sized glass of coconut water has around 11% of your daily requirement of sodium and 17% of the potassium you need. It’s also an effective source of rehydration, and is as good as drinking a carbonhydrat-electrolyte sports drink according to one study.

Anything water-based is going to help fight the effects of dehydration, but green tea goes the extra mile. Studies have shown that drinking green tea may quickly reduce the level of alcohol concentration in our blood – though the research was based on animal studies and a similar effect is yet to be recorded in human studies.

Other ways for how to cure a hangover quickly

It might depend on what night of the week your office party has been scheduled for, but there really is no substitute for sleep.

Whether the night has gone on until the small hours, or drinking has impaired your ability to sleep, the downsides to even light sleep deprivation are significant. So, if the worst comes to the worst, you might just have to resort to a power nap – there are lots of benefits for taking a power nap, according to studies. Don’t forget to set the alarm.

Need help sleeping? Read the Wise Living guide to how to cure insomnia.

How to cure a hangover quickly – global solutions

‘Beer before wine’ won’t help your head the next day, so we’ve looked further afield for ideas on how to cure a hangover quickly. Here are 13 additional hangover cures from around the world – though we’ll leave you to determine how effective these are…

Anyone who has woken up with a fuzzy head, a dry mouth and a stomach-lining that appears to be yelling at you, will have attempted to soothe the alcohol-induced pain in some way.

Be it two pints of water and a dose of paracetamol, a full fry up, or sipping coconut water, everyone has their own knack for managing or eliminating a hangover.

But if you thought you could preemptively avoid one by drinking your booze in a certain sequence – ie. “Beer before wine and you’ll feel fine” – according to a new study by scientists at Witten/Herdecke University in Germany, that’s just not the case.

In fact the research, published in the American Journal of Clinical Nutrition, found the best indicators for how hungover you’re going to be are: how drunk you feel and how sick you are.

So if you do succumb and your usual tricks aren’t proving successful, why not try one of these traditional foods and drinks from around the world for how to cure a hangover quickly instead…

Stave off alcohol anxiety with a Bloody Mary – aka ‘hair of the dog’ – which was invented in 1920s New York. Vodka, tomato juice, Worcestershire sauce, Tabasco, celery salt, pepper – and you’re done.

Umeboshi – fermented or salted plums – are a staple morning-after go-to in Japan. Apparently Samurai warriors ate them to stave off dehydration and nausea, so a hangover presumably stands no chance.

All that red wine can get to you, so in France they combat it with cassoulet (a slow-cooked white bean stew) or French onion soup, preferably with a slab of cheesy, crusty toast on top.

OK, this is technically coffee, but let’s face it – an espresso solves almost anything, including a hangover. If you’d rather not overdo it on the caffeine front though, try traditional Italian dish olio e peperoncino. It’s so easy – spaghetti swirled with olive oil, chilli flakes and garlic – even hungover, you’ll be able to assemble it.

We’d rather bratwurst and chips, but apparently German’s prefer rollmops on a hangover. These involve slices of onion and gherkin wrapped in pickled herring, which are sometimes served in a bun.

For Koreans, almost nothing beats a hearty but refreshing bowl of soup, especially if it’s kongnamul-guk (bean sprout soup).

Chips, gravy and cheese curds – we can very much get on board with Canadian favourite, poutine.

A sure fire way to liven up your senses, the Polish do a shot or two of astringent pickle or sour cabbage juice.

For ballast, tuck into Chinese congee (it’s a rice porridge) and for its detoxing properties, drink copious amounts of green tea.

Namibian ‘buffalo milk’ sounds rather soothing and wholesome, but in fact, it involves rum mixed with double cream.

According to Russian wisdom, hopping in a hot sauna works (although we’re convinced this will leave you even more dehydrated than when you got in), alternatively, there’s kvas, a fizzy fermented drink made with yeast, rye bread and sugar. 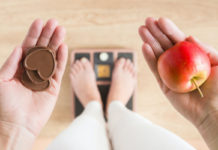 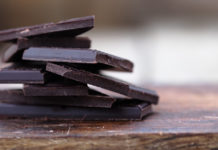 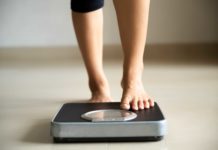 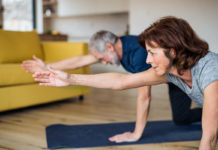 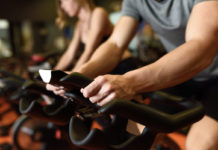 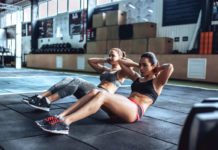 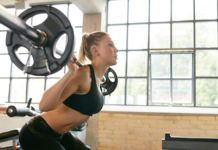 5 benefits of lifting weights for women