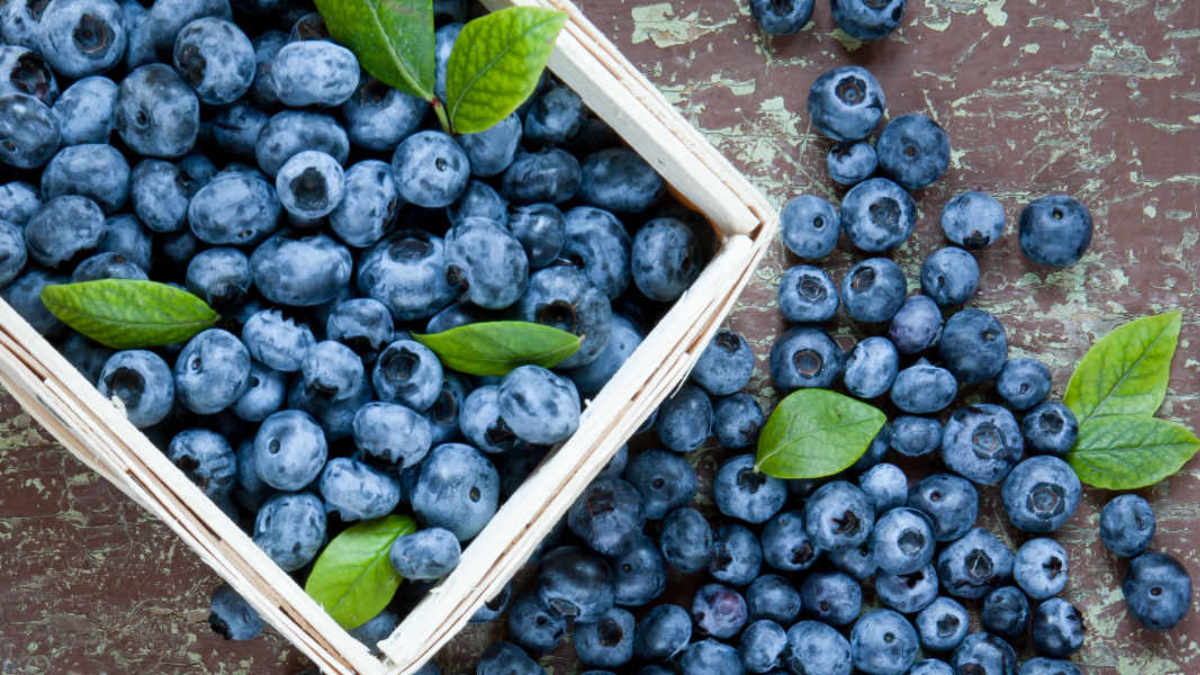 Looking after your brain is increasingly important as we age. Much like a healthy heart results in better circulation, a healthy brain may help reduce the risk of vascular death and ischemic stroke. It may also help reduce vulnerability to cognitive impairments such as memory loss or dementia – and brain food can make a big difference to your brain health.

Eating healthy brain food can help retain cognitive abilities and lower the risk of brain impairment, and may help you increase focus, creativity and productivity every day.

So if you’re wondering what food is good for the brain, read our guide to foods that claim to aid brain health. And the good news is that even foods such as wine, chocolate and coffee can help boost your brain. Certain brain food – such as oily fish and green leafy vegetables – can foster brain health and help retain greater cognitive abilities as you get older. 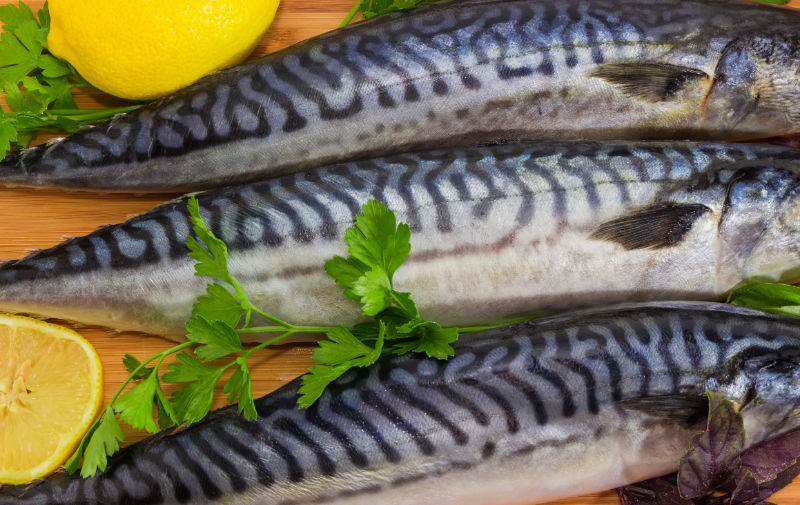 The fatty acid DHA has been linked in numerous studies to better brain function, increased alertness and improved memory. It may also help reduce the risk of dementia and other degenerative brain diseases. DHA is found in abundance in oily fish such as sardines, trout, mackerel and salmon. Scientists say that eating oily fish containing DHA may increase brain health.

Studies showing the impact of eating brain-boosting foods such as oily fish can have a dramatic impact. Eating oily fish once per week has been linked to reducing the risk of Alzheimer’s by more than 50%. Don’t like oily fish? Look for animal-based Omega 3 supplements that contain DHA, such as krill oil. 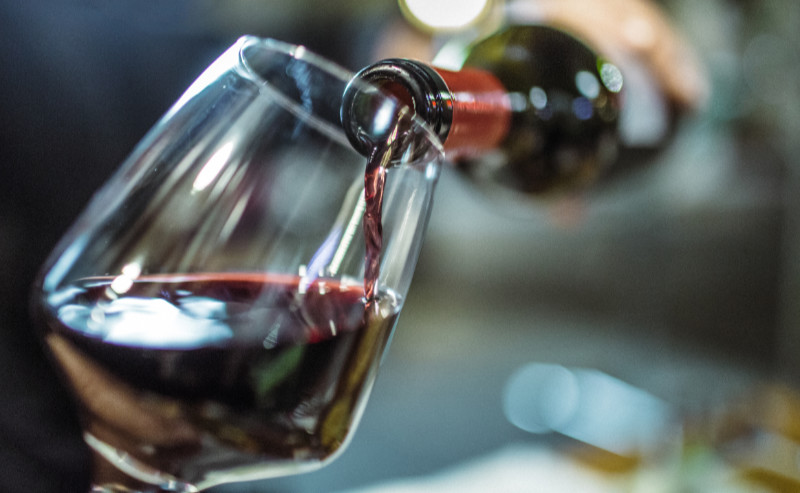 Wine in moderation has been linked to lowering the risk of developing Alzheimer’s disease in scientific studies – though don’t make this an excuse to knock back bottles of booze. While most wines can be brain food, studies show that red wine, in particular, contains substances that can increase brain health. Red wine contains polyphenols, which studies have linked to improving the flow of blood to the brain.

Red wine also contains the catechin epigallocatechin-3-gallate (EGCG), which some studies have shown can block the beta-amyloid proteins that are associated with Alzheimer’s disease. These proteins may play a role in attacking healthy brain cells.

Red wine as a brain food has more benefits through the compound resveratrol, which may help keep the neuromuscular junctions between neurons in the brain in a healthy condition. For people with Alzheimer’s disease, resveratrol may help reinforce the blood-brain barrier, reducing brain inflammation and blocking potentially harmful immune molecules.

For those with a more affluent lifestyle, the good news is that Champagne may also be ideal – if bubbly – brain food. Champagne contains phenolic acids that studies have found may help protect against oxidative neuronal brain injury.

Keep your brain health in tip-top condition with our guide to Brain health: 12 ways to boost your brain. 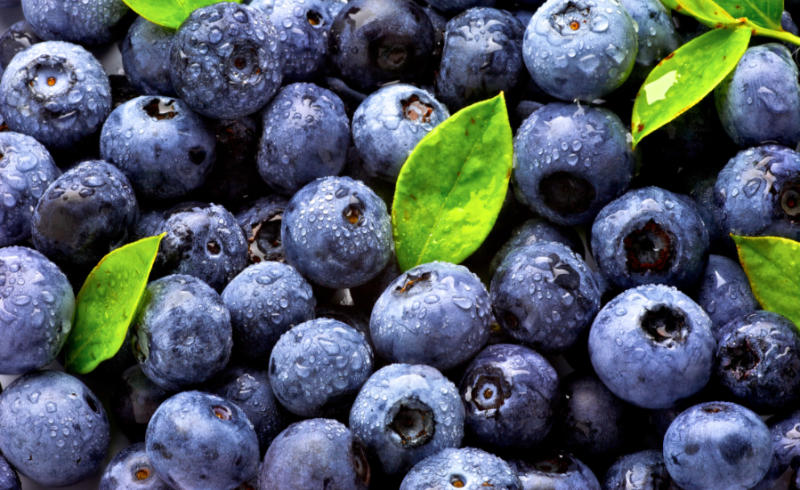 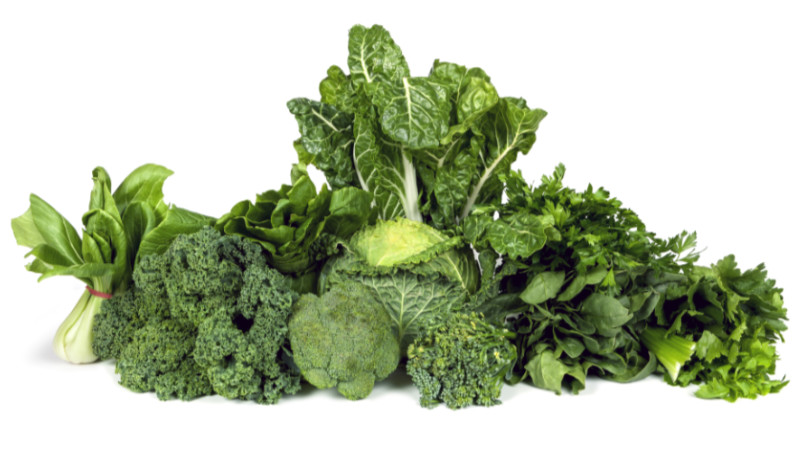 The advice we received as children to eat our greens was right. Packed with vitamin E, folic acid, B6, B12 and iron, dark green vegetables such as spinach, kale and broccoli may have a wide range of positive effects on brain health.

A 2013 study by the National Academy of Sciences in the US found that folic acid, B6 and B12 can improve brain health and slow brain atrophy, including reducing brain shrinkage in the brain area most impacted by Alzheimer’s disease.

The key is to eat one generous serving of dark green leafy vegetables each day to help slow the effects of brain ageing. According to a report published in Neurology, a single daily serving can help your brain health be up to 11-years-younger than non-green-eating contemporaries.

Broccoli is the star of the show. High is sulforaphane, eating broccoli as a brain food may reduce the damage caused by free radicals, reduce inflammation and help detoxify your brain. This is thanks to compounds found in broccoli including kaempferol, an anti-inflammatory flavonoid, and three glucosinolate phytonutrients. 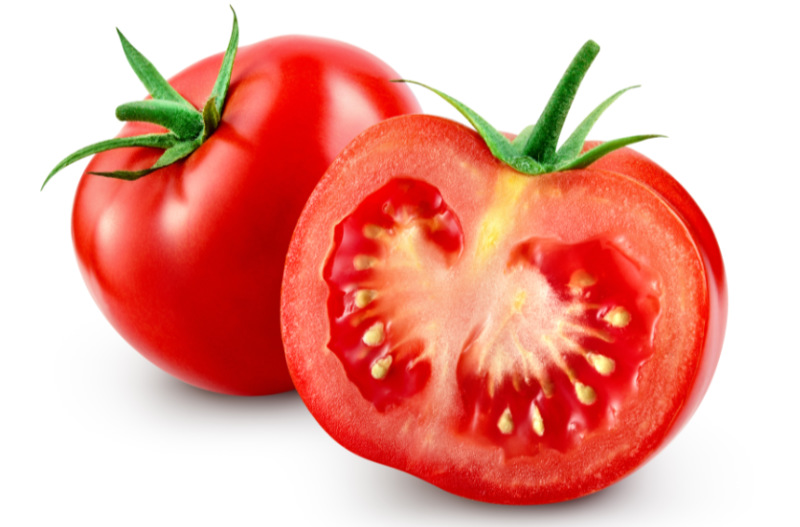 Add tomatoes to a green leafy salad to help increase brain health. Tomatoes are a useful brain food, working to lower the damage caused by free radicals and lowering brain inflammation. This is due to a variety of brain-boosting compounds found in tomatoes, including lycopene and beta-carotene – both carotenoids, which are antioxidants and are helpful in reducing inflammation. 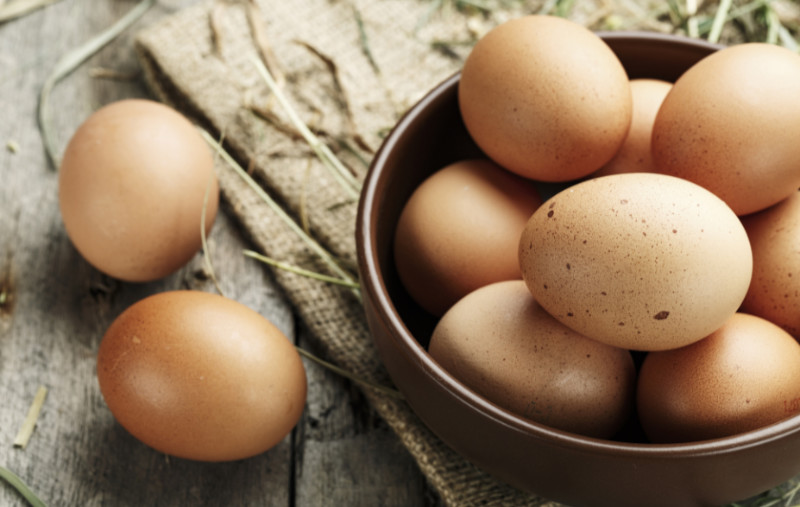 The expression ‘go to work on an egg’ reflects the positive impact eggs can have on general health. Eggs may also play an important role in brain health.

As a brain food, eggs contain choline and cholesterol which are essential for a healthy brain. Choline is an important precursor chemical for acetylcholine, which itself is an important neurotransmitter. Cholesterol forms part of the membrane found around brain cells, as well as helping detoxify your brain. A deficiency in choline may harm memory and reasoning, and it has been claimed that it can play a role in the early onset of senile dementia. 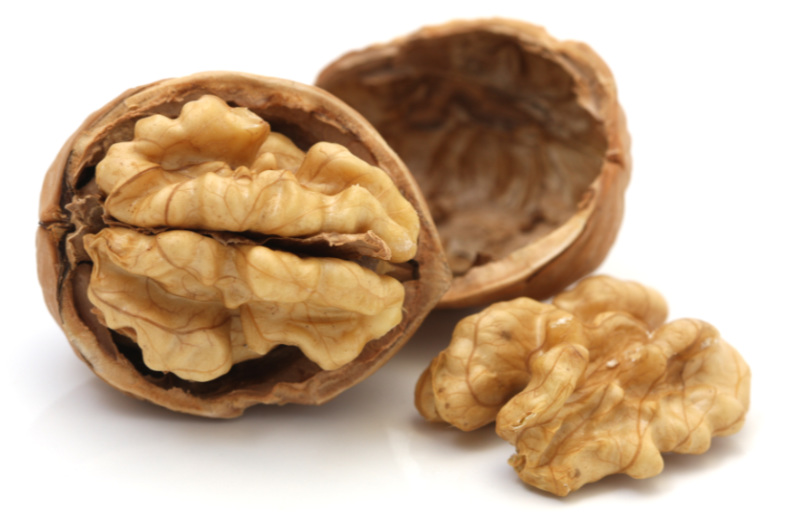 A healthy brain needs a complex array of nutrients to function properly and remain healthy. Brain food is rich in essential nutrients – and it’s easy to ensure these form part of your daily diet. Nuts, such as walnuts, are a great source of vitamin E and walnuts, in particular, contain DHA – the same as in oily fish – potentially boosting cognitive performance and slowing cognitive decline.

Don’t fancy nuts? Add some wholegrains to your diet, such as oats and brown rice. These are a great source of fibre and complex carbohydrates, providing fuel for your brain to function.

Every day sports and activities you can try today to boost Brain power: exercise that can boost your brain. 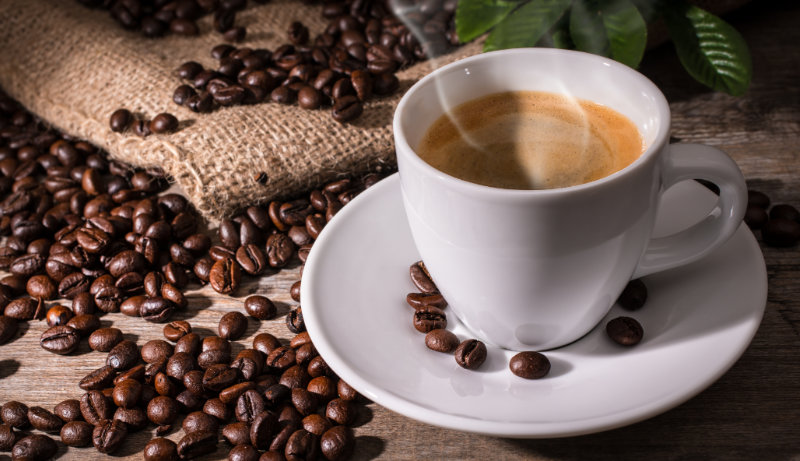 In moderation, caffeine drinks can have a positive effect on the brain. A joint US/Chinese study published in Clinical Nutrition in 2016 found that drinking one or two cups of coffee per day may reduce your risk of Alzheimer’s disease and some types of dementia. The research found that it may also slow cognitive decline compared to people who drank less than one cup of coffee per day.

Caffeine is also found in tea – you may get the same benefit from drinking two to three cups of tea per day – but tea has other factors going for it as brain food. Tea contains catechins, a form of antioxidant that may improve blood flow to the brain. 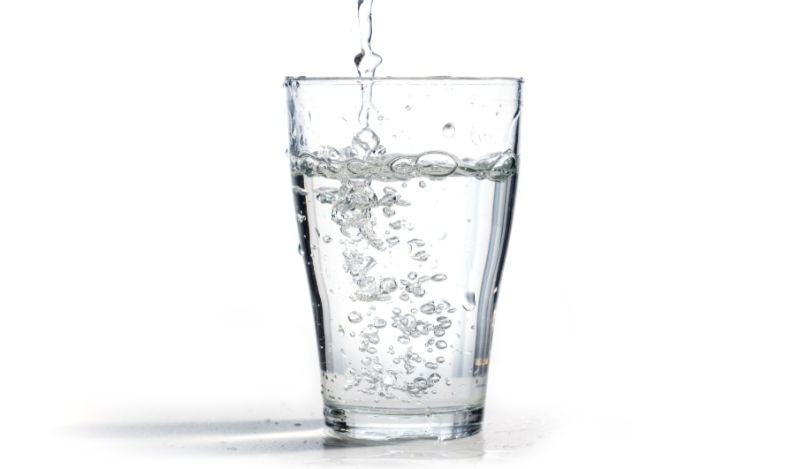 Much like the rest of your body, your brain needs water. Dehydration can lead to foggy thinking, an inability to focus and generally feeling unwell. Dehydration may have longer-term effects on brain health, so it’s important that you remain hydrated throughout the day.

It’s worth watching out for signs that your body is dehydrated – and many of the symptoms are brain-related. Dehydration symptoms may include emotional instability such as mood swings, anger and depression, as well as headaches, insomnia and a feeling of lack of focus and clarity in thinking.

To prevent dehydration, aim to drink around eight 250ml glasses of water each day – that’s equal to a two-litre bottle of water. 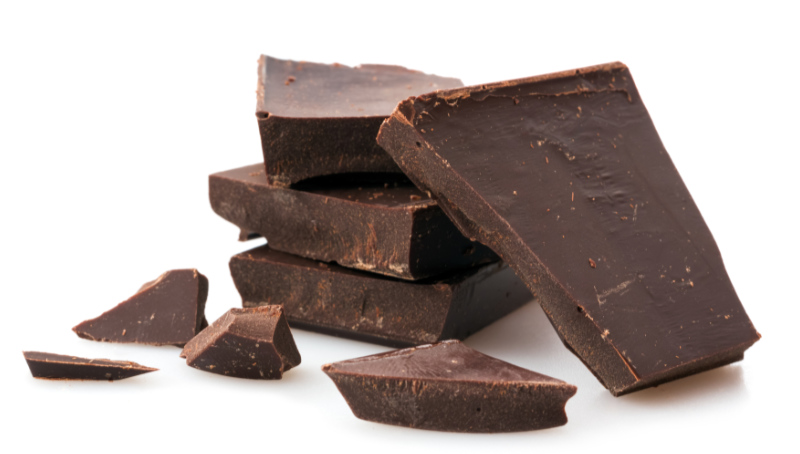 We’ve saved the best brain food to last. While not all chocolate is helpful to brain health, studies have found that dark chocolate may be linked to better cognitive performance, including an increased ability to focus and concentrate.

As a brain food, dark chocolate contains antioxidants and stimulants such as caffeine. Dark chocolate with a high cocoa content (look for bars with 80% or greater cocoa content) are packed with theobromine, which can slow cellular ageing. As with all things, it’s best to eat chocolate in moderation. 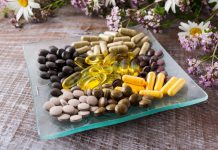 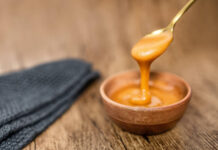 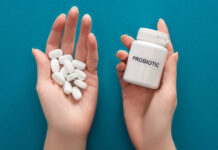 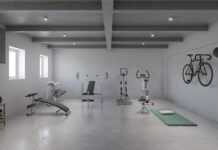 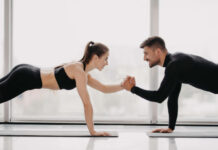 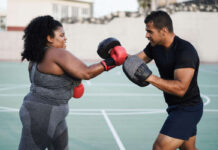 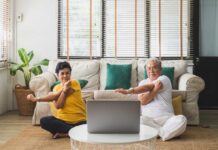