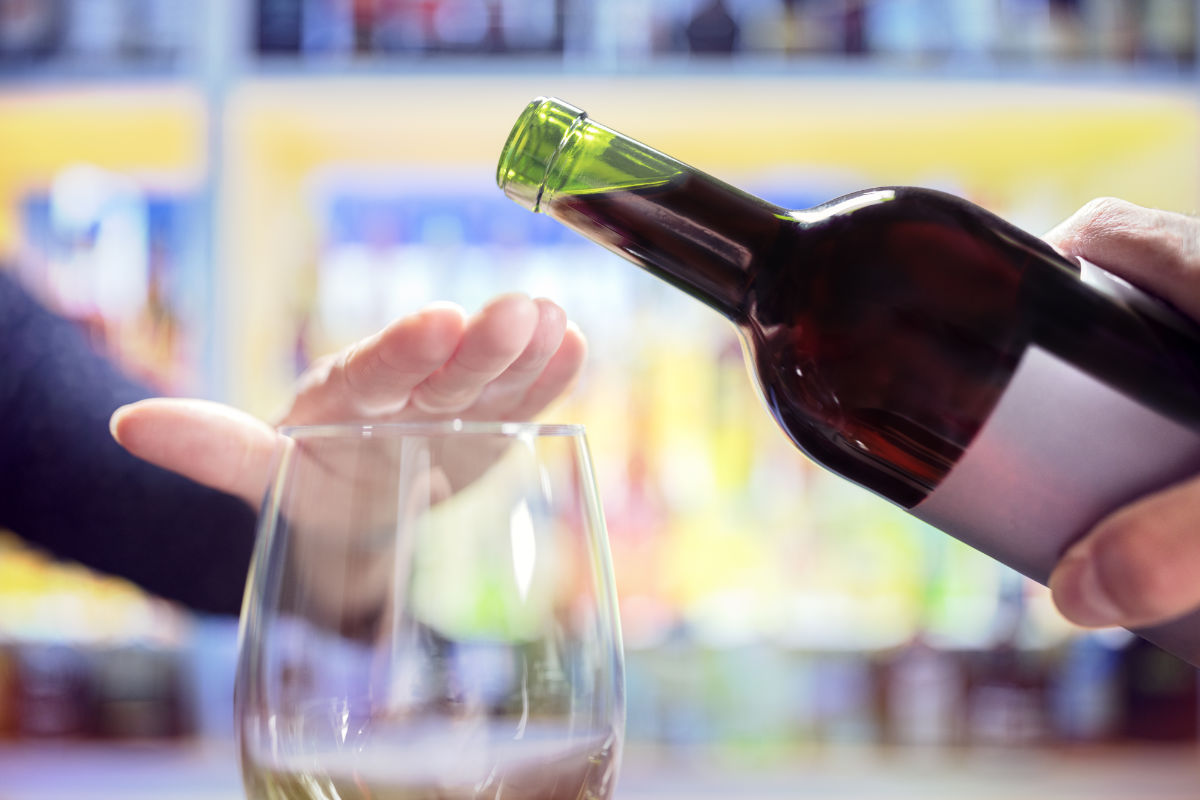 Experts have long warned that heavy drinking can put you at higher risk of serious illness but recent studies have thrown a scary new light on what we should actually deem as an unhealthy amount of alcohol to consume.

Research from the University of Cambridge and the British Heart Foundation has found that drinking just six glasses of wine per week, or six pints of beer, could increase your risk of early death.

Despite UK government guidelines recommending that both men and women should drink no more than 14 units of alcohol per week, researchers found that anything above 12.5 units is dangerous to health and should be avoided; and if you think that the average bottle of Prosecco can fill six large champagne flutes, you’ll soon start to realise that after work drinks, bottomless brunches and ‘just one’ at the weekend can easily add up.

Researchers of the study, published in journal the Lancet, warned that having 10 or more drinks per week could knock up to to two years off your life expectancy, stressing that the safe upper limit to drinking should be no more than five pints of 4% beer per week, or five 175ml glasses of 13 per cent wine. The study also found that “on balance” there are no health benefits from drinking.

No safe limit for alcohol

A global study published in The Lancet goes further, revealing that there is no safe level of drinking, and while moderate amounts of alcohol may protect you against heart disease, the risk of developing other diseases like cancer far outweighs the benefits.

It should come as no surprise to any adult drinkers; it’s long been known that the type of illnesses you can develop after 10 to 20 years of regularly drinking more than 14 units a week include cancers of the mouth, throat and breast, stroke, heart disease, liver disease, brain damage and damage to the nervous system. But now, the authors of the study estimate that consuming just one drink per day increases the risk of developing one of 23 alcohol-related health problems by 0.5%, compared with not drinking at all.

Worryingly, the Global Burden of Disease study, which looked at levels of alcohol use in the UK and 194 other countries between 1990 and 2016, also found that British women rank eighth in the world of highest drinkers. British men by contrast, ranked 62nd out of the countries surveyed, even though both men and women drink an average three alcoholic drinks a day in the UK.

If these recent findings have you itching to try a ‘dry’ period, you’re keen to avoid the apocalyptic hangovers that just get worse with age or you just want to have more sober time on your hands this year, plenty of us could benefit from making a mid-year resolution to cut back on the booze.

We asked leading Harley Street nutritionist Rhiannon Lambert, author of Re-Nourish: A Simple Way To Eat Well, to share her best tips, tricks and ideas to help cut down on drinking.

She says: “There is no denying that alcohol should be limited as part of a healthy diet. All too often I see alcohol associated with weight gain and poor mental clarity. Any positive claims from alcohol stem largely from studies using quality red wine and often on males over the age of 50.

“The idea of counting alcohol units in the UK was first introduced in 1987. Units are a simple way of expressing the quantity of pure alcohol in a drink. One unit contains 10ml or 8g of pure alcohol, which is roughly the amount of alcohol the average adult can process in an hour. The number of units in a drink varies enormously, depending on the size of the drink, as well as its alcohol strength.

“Choose your alcohol wisely and remember that alcohol can be addictive and excessive consumption can cause a whole host of health issues.

“Drinking alcohol can sometimes be difficult in social situations as some may feel pressure to keep up with others in regards to how many drinks they’re having.  However, it is important to remind yourself that you do not need to compare yourself to others,” she says.

“Of course everyone ‘let’s loose’ sometimes and has one drink too may but ultimately, alcohol may not be very beneficial to your overall wellbeing, and there is nothing wrong with telling your friends and family that you would prefer not to drink too much for your health. Often just saying, ‘No, thank you’ can do the trick. You do not need to feel judged for putting your health first”

Top tips for cutting down on alcohol

As well as increasing your life expectancy, drinking less can improve your mood, your skin and your body, as well as reduce stress and anxiety in the long term. Really, the decision to cut back is a no-brainer. So how can you create a more mindful relationship with alcohol? Here, we’ve gathered together a few top tips to help you to kick the habit.

If you’re used to drinking regularly, going cold turkey can seem like a daunting task. Start with some small rules that are easier to stick to, like ditching that after work glass of wine on the sofa or the odd Monday night beer in the pub. Scaling back small pockets of unnecessary drinking here and there can make a huge impact on your weekly unit intake.

How many times have you gone on a night out and lost track of the number of drinks you’ve bought? Some drinkers find that counting your units can really help you to know when it’s time to stop. You can keep a pencil and scrap of paper in your pocket, or simply keep a track on your smartphone. Chances are, you’ll soon want to cut back when you start consciously paying attention to how many drinks you regularly tally up in an evening.

3. Space out your drinks

A really effective way to cut back without missing out on social occasions is to spread out your drinks throughout the night. Sip drinks slowly and drink a glass of water in between to avoid getting drunk and losing track of your intake. Another tip is to set your drink on a table rather than in your hand, so you’re not subconsciously drinking for something to do. 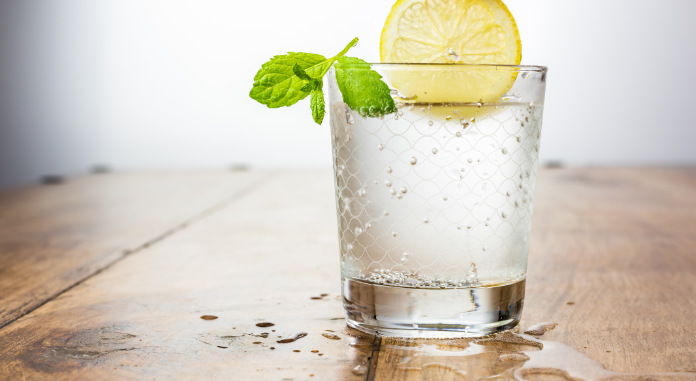 A lot of non-drinkers say that fizzy water is a great replacement for alcohol. It’s refreshing, has a similar ‘burn’ in the throat to a bitter alcoholic drink and it could easily pass for a G&T in the glass – meaning you can avoid an unwanted line of questioning from friends and family.

Apps are a really great way to get drinking habits back under control. There are loads to choose from but Stop Drinking with Andrew Johnson (Android, iOS; £1.89, £2.29) is our favourite. It uses meditation and hypnotherapy to rewire the way your brain thinks about alcohol, helping to control the urge to reach for the bottle after a stressful day at work.

Switching up your literature can help to keep you focused on your goal too. Mindful Drinking: How Cutting Down Can Change Your Life by Rosamund Dean (£5.25, Trapeze) is a really good place to start. It has practical advice for identifying your problem, preparing for a clean break and how to handle those tricky booze-filled social scenarios like dates, weddings and dinner parties.

7. Find hobbies outside of the pub

One of the easiest ways to avoid the temptation of drinking? Avoid the pub. Sign up for an early spin class with friends instead, or find a new skill that you’ve always wanted to learn. Fostering friendships around non-drinking activities is a good way to stay social without having to spend hours on end in pubs while everyone else drinks.

Unfortunately, it’s a fact of life that people generally seem to question it when you say you’re shunning alcohol. Experiencing pressure to drink in social situations can really derail your mindset, especially if your friends feel like you’re being a spoil sport for not joining in.

The best way to get around this is to tell your friends you’re doing a sober challenge for a month. In that time, they’ll get used to being around you booze-free, so they’ll be less likely to protest if you decide to carry it on for longer.

That being said, a firm “no thanks” should be all the explanation you need to give to a friend. If your social circle don’t want to hang around you if you don’t have a drink in your hand, it’s probably a sign that they’re not great friends anyway. 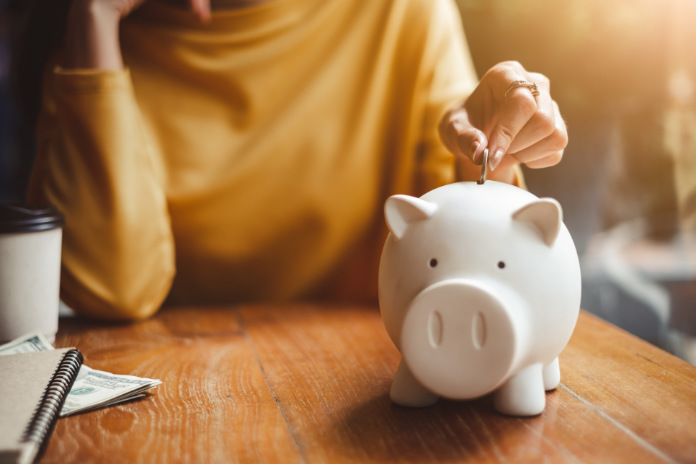 One of the best things about being sober for a prolonged period of time is the hundreds of pounds you save each month. As well as the cash saved on not buying drinks, there’s also the dosh you don’t waste on drunken Uber rides, end-of-night pizzas and stodgy hangover brekkies. Set a saving goal and then splash the cash on something that you’ve always wanted – it could be a once-in-a-lifetime solo holiday, a designer purchase you could never usually afford or a dinner at an amazing restaurant.

Either way, you won’t feel bad about all those missed drinks when you have something worthwhile to show for it.

10. Set yourself a fitness challenge

A good motivation to stay sober for a month is to sign up for a fitness challenge like a marathon, triathalon or bike ride. Alcohol can have a seriously negative effect on physical performance, so having a goal to work towards can help to switch your attitude towards drinking. You’ll feel better, look better and you can raise hundreds of pounds for a good cause. It’s a win-win situation.

11. Make the most of hangover-free mornings

Whether it’s hitting that early morning yoga class, soaking up some culture at a new exhibition or knuckling down to get that side project finally off the ground, cutting out hangovers can give you so much more free time to enjoy at the weekends.

There’s something super satisfying about waking up early and seizing the day while everyone else is still in bed. Just think, in those hours you might have usually spent suffering with a headache, you could have got a head start on writing your own book, training for a marathon or simply getting those annoying life admin tasks out of the way. And what’s not to love about that?

Read more – 5 tips for sticking to your weekly alcohol allowance. 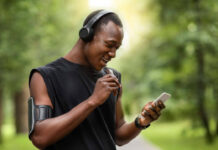 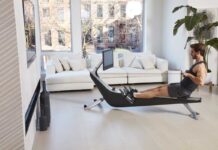 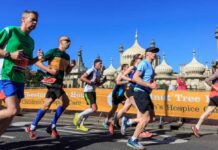 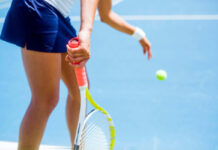 How to avoid burnout so you can relax more easily