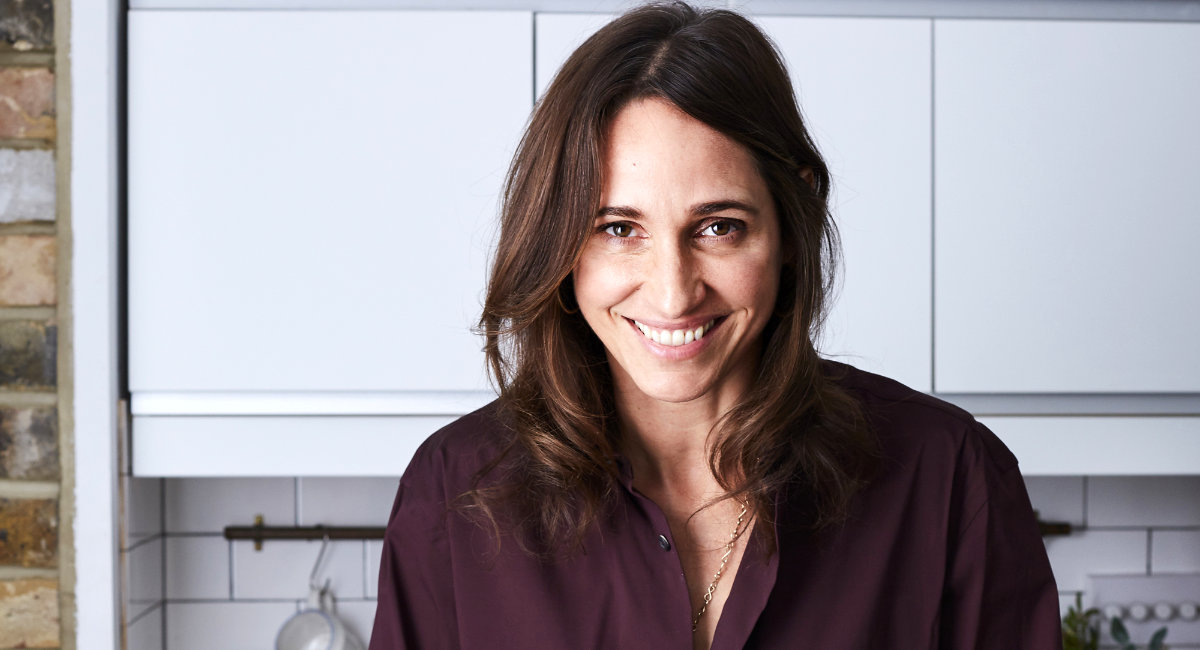 The modelling industry doesn’t always have the best reputation for being au fait with nutrition. Late nights, lithe limbs, sex, drugs and alcohol – those are the stereotypes we find endlessly fascinating.

But model-turned-nutritionist Rosemary Ferguson has successfully switched all-out hedonism for veg juicing (her book, Juice, is full of ideas for what green stuff to blitz into liquid), and non-stop partying for an appreciation for plant-based living.

Read the Wise Living interview with Tom Kerridge on fitness and taking responsibility for what you eat.

Discovered in a McDonald’s on Oxford Street aged 15, Ferguson went on to become part of the Nineties New York set, modelling for Prada and Miu Miu, appearing on the cover of Vogue and The Face, striding down catwalks in the grunge-laden era of ‘heroin chic’ and becoming close pals with Kate Moss (who, she says, has been known to juice with her).

Eating right wasn’t always a top priority. “To be honest, I didn’t think about food much back then,” muses the 45-year-old. “Although I was interested in feeling energetic, which was difficult given how hard I was working and the fact I was slightly burning the candle at both ends.”

She “started green juicing to try and put some credit in the bank, as it were”, and then in her 30s, studied and qualified in nutrition. Since then, when it comes to food, she has “approached it in a whole new way”, she says.

However, despite that penchant for juicing, she’s not of the austere deprivation-ilk often found in the wellness arena. Which is why you’ll still spot her holidaying with Moss, Sadie Frost and co, and she hasn’t completely sworn off nights on the razzle either.

“I believe in balance – a bit of everything and feeling well,” explains the Cotswolds-based writer. “You can’t have a good time unless you are feeling well, and that’s why I love food and nutrition – it’s truly amazing what food can do for you.”

So, if you’re looking for tough love and a forceful shove towards ‘new year, new you’ detoxing, she’s likely not your gal. “It’s always good to reset, it makes a brilliant start to the year. In the world we live in, a fast fix is a really useful tool,” she notes diplomatically. “But what really counts is carrying the benefits forward and making them a part of your every day.

“In essence, it’s less about a hardcore detox in January, than a switch up in regime that inspires you to make changes that last throughout the year.” For instance, she’s keen on “fermentation and fibre, so I’m trying to include more of those in my diet and come up with recipes that help me do that in an interesting way”.

The key, she says, with any resolutions – food-based or not – is “don’t make them too hard. It’s all about small steps.” Meaning if you are doing Veganuary, she encourages you to “plan ahead” and make sure to eat “a wide variety of different fruit and veg” that should “give you a spring in your step in a grey and dreary month.

“I have two vegans in my house and one pescatarian, and my diet is 85% vegetarian,” says Ferguson, who is married to artist Jake Chapman, of the Chapman Brothers.

“I love what you can do with plant-based food,” she notes. “People are beginning to understand that eating more plant-based food is so beneficial to our health. We are learning more and more about the massive benefits polyphenols and phytonutrients give us.

“It is a lighter way to eat,” she adds – not to mention that “eating less meat is better for our planet”.

She first started cooking properly as a new mum, after having her first daughter (she now has three girls) – “and then I was hooked!” she recalls. “It is a huge responsibility feeding a little person; I loved working through all the ingredients and putting them together.

“It’s all about variety and balance in our house. When they were very little, I was careful with how I presented healthy food – I never wanted it to seem boring.” (You can see why she set up healthy junk food brand, FILTH, with chef Gizzi Erskine.)

When she’s not training for a marathon, running her nutrition clinic (“helping people on their way to wellness”) and her 5 Day Plan programme, Ferguson says she loves “being in my kitchen, I love being outside running and I love being with my family and friends.

“Oh, and I am very happy watching films in bed,” she adds – which seems a very agreeable way to spend the rest of winter.

Read the Wise Living interview with Fearne Cotton: ‘Eating in a balanced way can be challenging’

Rosemary Ferguson has teamed up on recipes with Strong Roots, available at Tesco, Asda, Sainsbury’s, Wholefoods and Ocado. 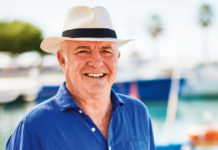 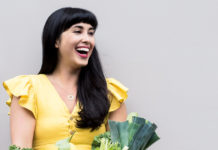 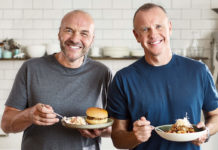 Rosemary Ferguson on the benefits of plant-based eating, veg juicing 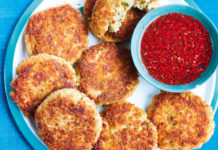 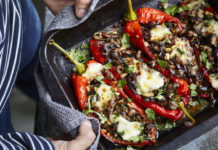 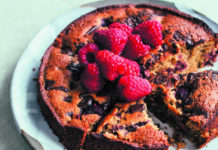 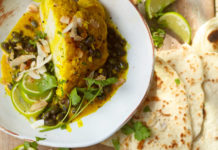