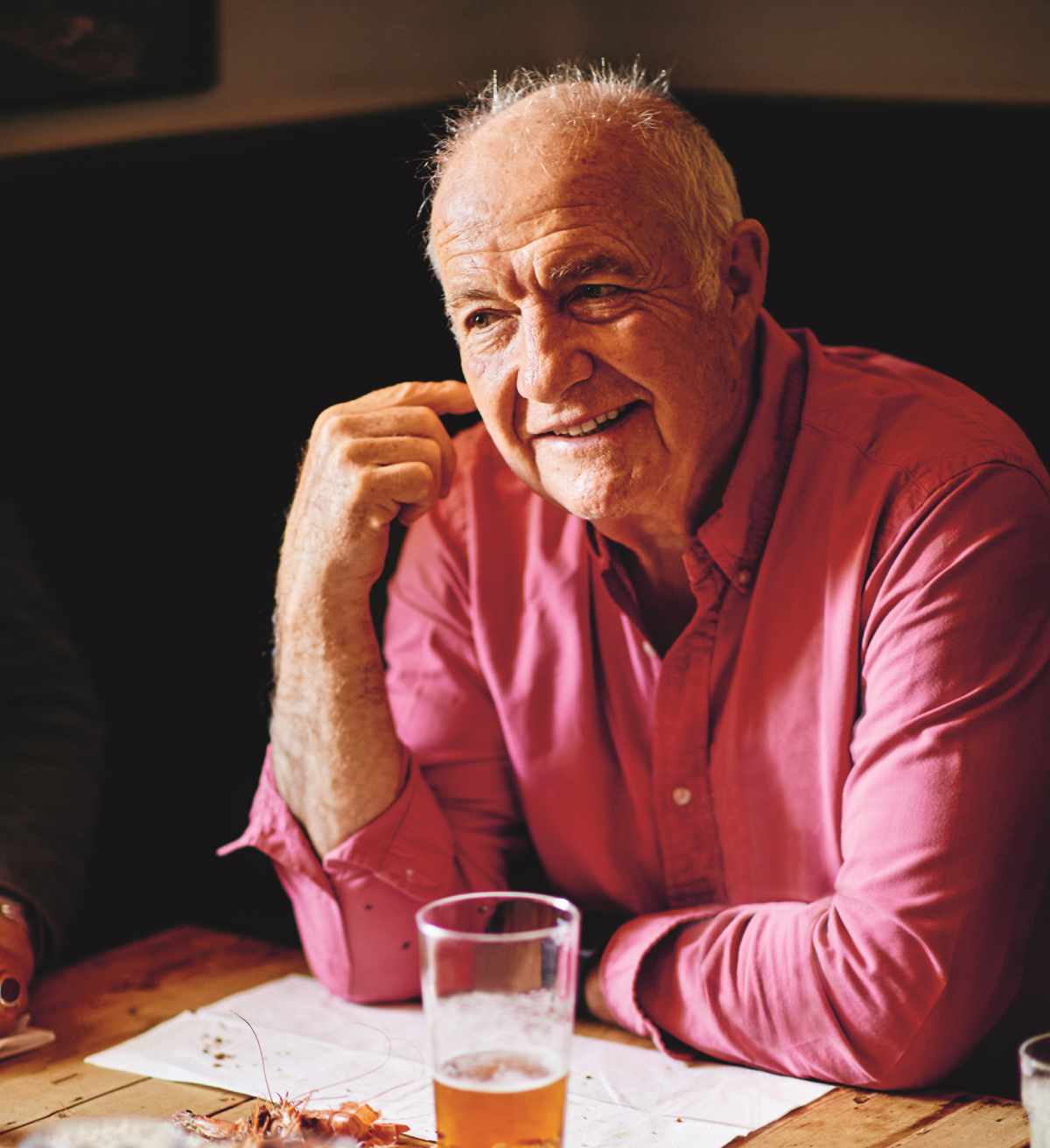 Rick Stein’s recipes have won countless accolades for his food over the years, but one of his greatest achievements came during the first lockdown of 2020.

His wife’s 98-year-old grandmother, Betty, had gone off her food – until Stein started hosting weekly family dinners. “She made an exception for my food,” the 74-year-old says with glee. “She had lots of it, she really tucked in. If we cook, we all love it if it’s clear people enjoyed what you’re cooking. And a 98-year-old tucking in with great gusto was quite special.”

Stein spent five months of 2020 in Sydney, when the pandemic meant he couldn’t get back to his beloved Cornwall. The chef “feels bad” in saying he enjoyed the lockdown, because “everywhere, people suffered enormously” – but last year, Covid-related restrictions were eased earlier in Australia than the UK, meaning he had the opportunity to spend more time with his family and start hosting those weekly dinners.

He doesn’t take this time for granted, saying it taught him “how much the business of life is unnecessary, in a way”. It allowed Stein to get back to his roots: cooking dinner for a small group of loved ones, revisiting some of his all-time favourite recipes.

Staying and cooking in one place also led him to write his latest book: Rick Stein At Home. He describes it as “fairly scruffy food” – the kind of meals you’ll throw together in a hurry from whatever you have in the fridge. The book is “about what really goes on cooking-wise”, he explains, “as opposed to the slightly upmarket view of how I cook at home. I try to keep it as real as possible.”

Free from the shackles of fancy meals or culinary rules, Stein calls this kind of cooking “liberating”. Unlike his past books, which tend to be dedicated to a certain country, such as France, Spain or Greece, the recipes are “thoroughly eclectic” – just like normal home cooking is.

Although Stein’s background is in French cooking – a cuisine full of strict directions on how things should and shouldn’t be done – he ripped up the rulebook in many of the dishes here. “I’m thinking about my mother’s risotto, because it’s not a proper risotto,” he explains. “But I thought that’s what we do cook, that’s what the kids really like and I like for the kids. I’m not saying it’s a proper risotto, it’s more a rice pilaf, but my mother would call it her risotto.”

The book is peppered with stories and recipes from friends and family too. “I’ve got three sons [Edward, Jack and Charlie] and two step-kids, Zach and Olivia, and it was really nice how they all wanted to contribute recipes, I didn’t interfere at all”, Stein says.

Luckily, the recipes “were all great”, he says enthusiastically – including Charlie’s pad kra pao and Zach’s vegan chilli, along with cottage pie from his wife Sas [Sarah] and dessert from his mother-in-law.

Mini essays punctuate the book’s pages, with Stein’s ruminations on everything from the redundancy of a first course (he much prefers loading up on fancy nibbles and then going straight into the main) to all the fancy food gadgets languishing unused in his garage.

Despite these captivating tales, Stein says with a hearty dose of humility: “I’m not a very good storyteller, as it happens” – although fans of his TV shows would surely beg to differ. “It’s funny doing television, because I’m quite shy. If you’re made to do something like speak on TV, it’s a great way of concentrating your attention whether you like it or not, and it’s the same with telling stories.”

With nearly 50 years in the industry and over 15 cookbooks under his belt, Stein’s approach to food has changed since he was first starting out. “In the early days of running the restaurant, I felt like I had to emulate the great French chefs of the time and make everything incredibly complicated,” he admits. “Lots of garnishes, everything a bit too pretty.”

This is no longer the case: “I guess I try and keep things absolutely simple,” he says of his approach now. “I’m not chasing accolades in food, I just want people to like what I’m cooking.”

And if his grandmother-in-law Betty is anything to go by, it’s safe to say Stein is doing alright.

If you’re looking for a recipe to liven up lunchtime or spruce up supper, cooking veteran Rick Stein has a back catalogue of sumptuous dinner ideas spanning several decades. Here are five of our favourites.

A gamey twist on a British classic, this rich duck mince topped with a crispy cheese crust is the perfect dish for a chill autumn evening.

Get the recipe: How to make Rick Stein’s duck cottage pie

Bursting with flavour, this colourful dish tickles every tastebud with its salty feta, peppery salad and sweet pomegranate combination.

Get the recipe: How to make Rick Stein’s chargrilled aubergine and feta rolls

Crispy cod with crunchy cabbage all smothered in chipotle crema and tucked up in a soft corn tortilla, this gauacamole laden delight is packed with Mexican flair.

Get the recipe: How to make Rick Stein’s fish tacos with chilli and coriander

This rustic vegetable broth can easily be made vegan by omitting the parmesan and is as comforting as it is delicious.

Get the recipe:Rick Stein’s autumnal vegetable soup with basil, garlic and olive oil

Inspired by his visit to Uzès, Stein describes these delicate pastries as having “this delicious moelleux texture in the centre.”

Get the recipe: How to make Rick Stein’s fig and frangipane tarts 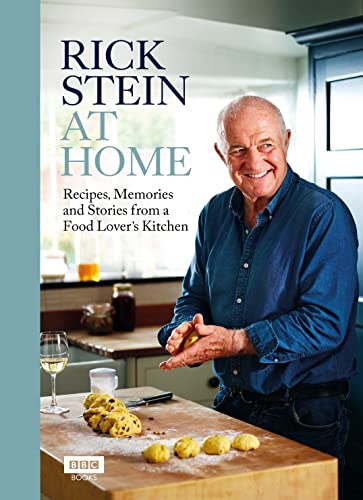 Rick Stein at Home: Recipes, Memories and Stories from a Food Lover's Kitchen
£12.99
Buy on Amazon 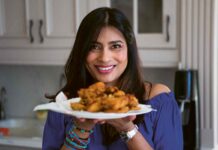 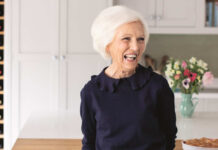 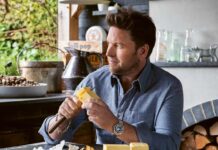 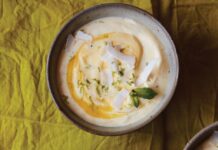 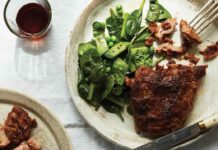 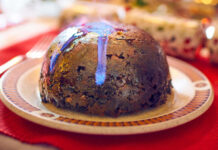 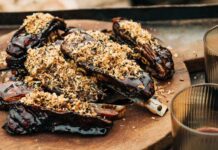