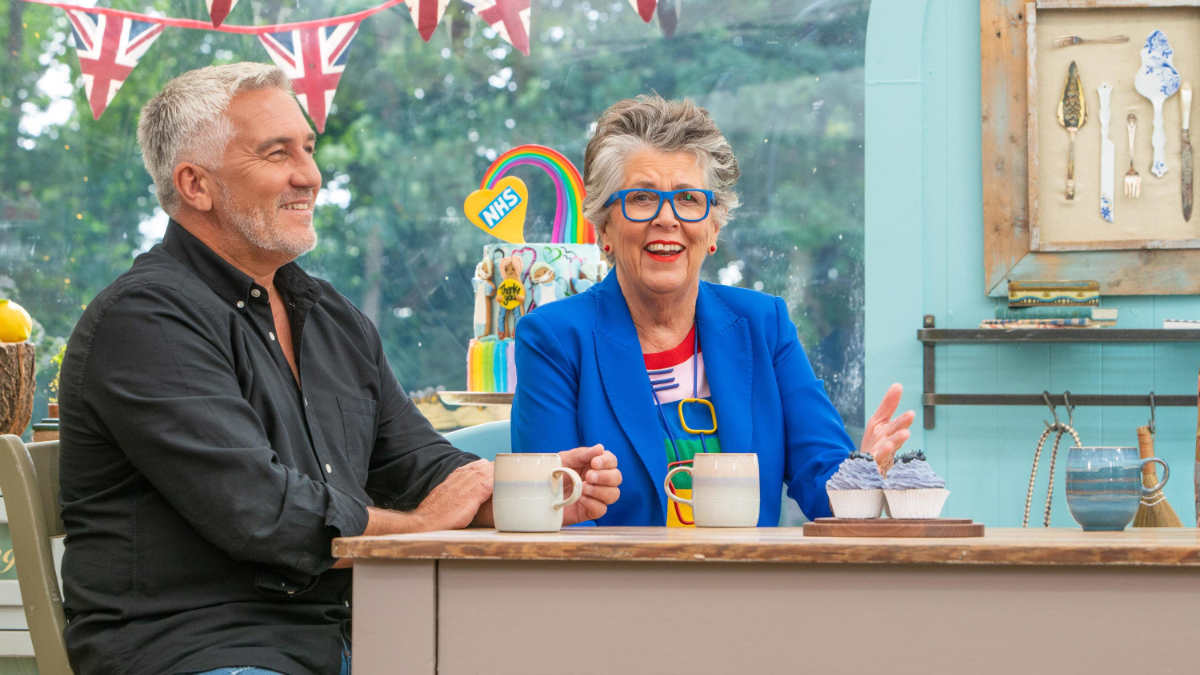 Tents everywhere. A sense of community. People doing all sorts of different activities, from yoga, to rounders, to cooking. No, this isn’t a festival, but instead the new Great British Bake Off set, located at the Down Hall Country House Hotel, set in a 110-acre estate on the Hertfordshire/Essex border.

The Covid-19 pandemic, and consequent restrictions on filming, has meant the Channel 4 competition was made differently this year; namely, the series’ cast and crew had to live in a ‘self-contained biosphere’ for the six-week long shoot.

Strict safety measures were taken beforehand, too. During a Zoom call with judges Paul Hollywood and Prue Leith, they explain they had tests for coronavirus twice at their individual homes, and then again as they arrived on site. Once the tests had come back negative, they were allowed to take face masks off and socialise within a certain distance.

“I ended up thinking, ‘This is the safest place in the whole of England’,” quips 80-year-old food writer Leith, who was born in South Africa. “All 130 people – which includes the hotel staff and all of the crew and all the support staff and all the bakers – we all had been tested to death. We had our temperatures taken every morning.

“So, when we were in the tent, we were allowed to behave absolutely freely, and that was great, because that meant the viewer will see Bake Off like they’re used to. It won’t be masks and social distancing… It would have been really difficult to do Bake Off without being friendly, wouldn’t it?”

The other change this year is there is no Sandi Toksvig – the presenter announced last year she was quitting the show. Instead, we’ll see comedian Matt Lucas hosting alongside Noel Fielding.

What was he like to work with? “Do you know what, he’s quite a quiet guy actually!” says Wallasey-born Hollywood, 54. “But I’ve always been a massive fan of Matt.”

“I think everybody loved Matt,” adds Leith, who was also a judge on the BBC’s The Great British Menu. “He knew nothing whatever about baking, but he became really interested in it, and he was very good with the bakers, because he genuinely wanted to know what they were doing and why were they doing it.

“The very first day, he was very nervous, but as soon as he walked into the tent – like actors walking on to the stage – all those nerves just disappeared.”

Hollywood adds that “it was lovely trying to coerce Lucas into doing some of the voices” from his BBC sitcom, Little Britain, such as Marjory Dawes, the terrifying leader of a weight loss support group called Fatfighters. “He did that voice for my mother. Mum’s lost a little bit of weight, so I said, ‘Can you wind her up, Matt?’ So, he phoned up my mum. I think he started off by going, ‘I believe you’ve lost an ounce!’”

When it comes to this year’s batch of bakers, “in previous series, you could see they were quite savvy, but these guys weren’t”, says Hollywood. “Maybe because they were living together for so long.”

“Sure, they want to win, they don’t want to go home, but I didn’t see that real competitiveness against each other. As a group, they were very emotional when someone went.”

Producers set up practice kitchens for the bakers during filming. “It was really interesting, because at first glance you think it would be much more difficult for the bakers,” suggests Leith. “But when you think that, in a normal situation, they are probably at work, they don’t get home until six or seven in the evening, and then they’re practising all evening, and then they’re going to work the next day and they’ve got children underfoot and a hundred responsibilities.

“In the bubble, they had nothing to think about except baking. It was jolly tough for them because, when we had two days off between filming, I would lie on a beanbag in the sun and do nothing, but those bakers, even in a heatwave, were baking all the time.”

The four hosts would meet for meals in the hotel each day, but stayed away from the bakers, who had a separate dining room. “Obviously we don’t want to become best friends with them, because then it makes it even harder to send them home,” explains Leith. “So we have to keep our distance.

“But when we finally got to the final, Paul invited the finalists to come join us and it was just so nice to be relaxed and having a drink with them, instead of them being all scared of us and anxious.”

As well as missing her grandchildren, the other thing Leith found hard about the six-week bubble was that she and Hollywood didn’t have their own kitchens (though her co-star did import his pizza oven, one day making dinner for everyone on set, churning out 180 pizzas).

“I was forced into doing – which I didn’t think I’d enjoy at all – little Instagrams and cooking videos, and, in the end, I got a really good routine going. I’d cook something to Instagram, and then we’d eat it!”

“Yeah, I baked a lot during lockdown,” Hollywood chimes in. “Banana bread was something I was doing a lot of. I was supplying some of the village with some of the breads I was making. I had dough bowls everywhere with different things going on.”

Leith also shares how, during lockdown, she would make Friday night supper for 30 staff from the local care home. “They work 12-hour days, they can’t shop, and they have no time for cooking. I’m a caterer at heart. I don’t really like cooking for two, I like cooking for lots of people.

“You don’t often get an occasion, unless you’re a caterer, to do a 14lb roast ham with demerara sugar all over it and cloves stuck in it – and, of course, they absolutely loved it. It was a joy to do.”

The Great British Bake Off returns to Channel 4 on Tuesday, September 22. 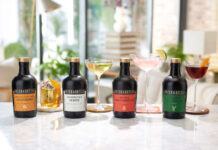 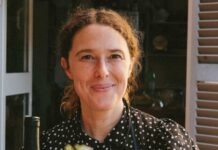 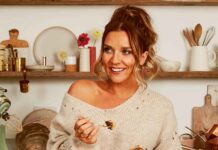 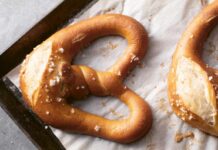 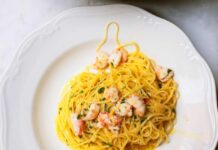 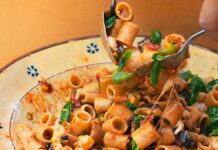 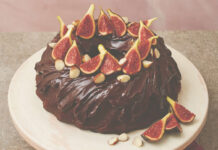