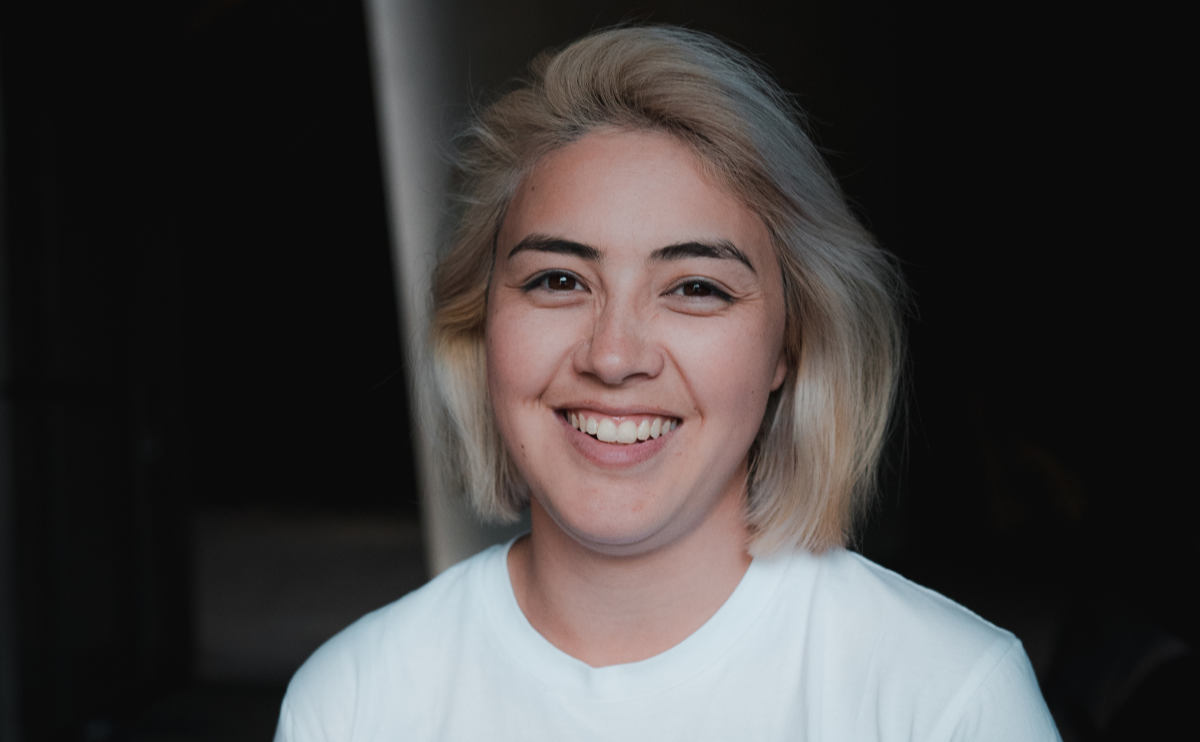 The trains that rattle directly above chef Elizabeth Haigh’s Singapore coffee shop clack-clack-clack down the phone line, while her neighbours appear to be drilling with total abandon. She shouts over the clamour nonplussed – all that noise means action, life returning, businesses reopening.

Not that her Borough Market restaurant, Mei Mei, has been dormant through the last year. Opening just a few months before the pandemic completely shuttered bars and restaurants, Haigh quickly pivoted to takeout, meal kits, and feeding the vulnerable and local key workers.

Speaking a few days before outdoor dining resumed in England, she’s buzzed. “I cannot wait to share things on plates again; I’m sick to death of putting everything in takeaway packaging.”

Singapore-born Haigh, 33, trained as an architect before turning to food via a stint on MasterChef in 2011. She went on to win a Michelin star while at Pidgin in Hackney. Now she’s written her first cookbook, Makan, whose title means ‘dinnertime’, or ‘let’s eat’. Haigh calls the book “a love letter to my family” and “our Singaporean heritage”. It’s packed with the Singaporean dishes she grew up eating (“I would be baffled at beans on toast”), using seasonal ingredients found in Britain (her dad’s British; Sunday roasts were a weekly staple).

In the book, she writes: ‘When people move and mix together, food just gets better’ – and is adamant that’s true, “because food represents community. And without community, there’s no food, there’s no recipes, there’s no knowledge of culture and dishes.”

She says people’s interpretation of Singaporean food is often confined to Singapore noodles, which is nonsense. “One type of noodles in Singapore? It doesn’t exist,” Haigh scoffs. “[That is] a fusion of someone’s idea of Singapore.”

While high streets tend to be brilliantly spiked with restaurants celebrating Indian, Chinese, Thai, Indonesian, and Vietnamese food, Singaporean restaurants often just aren’t in the mix. “There are many great ones, but just not enough,” says Haigh, and it’s that representation that’s been missing.

Partly it’s down to the exceptional culinary secret-keeping of Singaporean home cooks. “Makan represents the culture of my mum,” explains Haigh. “She cooks a lot, like a lot of her generation, but they don’t really pass on that knowledge because it’s just their way of showing love, that they do all the cooking.”

Haigh had to doggedly prise the knowledge out of her mum, but you’ll be glad she did. The recipes in the ‘Nonya Secrets’ chapter, featuring her spiced chicken noodle soup, Gado Gado peanut salad, Malay hot and sour noodles, in particular are ones “she would go probably to her grave with if she could; I had to beg her to share them with me”.

Telling her mum these very personal recipes were to be published in a book “took some convincing”, but Haigh had a strategy. “I promised a lot of cooking – and a dedication.” It was also important to her to be able to make these dishes for her three-year-old son, Riley, so he could share them with his friends. “That’s the way to get your mother, bribe her by using the grandson as leverage,” she says wryly. “I just wanted it to be normalised, so it’s a cuisine everyone recognises more, and that he can be proud of.”

In a climate where Asian hate is increasingly making headlines, exacerbated by Covid, and attacks on individuals and businesses are escalating, representation is again crucial. “I’ve had that all my life, right?” says Haigh of anti-Asian racism. “I’m glad that everyone’s got more of a voice to stand up against it now because it’s just not tolerable.

“If you normalise this style of cuisine and this food and people know more about Singaporean culture,” she continues, “it [becomes] normal. It’s just representation; it really does matter.”

Unravelling and then recreating her mother’s recipes was a challenge in itself though; Haigh had to translate her mum’s ingredient ‘guestimation’ and dismantle some of the internal scaffolding of her own classical French training, “building it back up again, as per how my mum wanted it to be”. She hadn’t previously needed those recipes sequestered in her brain. “Traditionally in my generation, not lots of Singaporeans cook,” Haigh explains. “In Singapore, we’re absolutely spoilt for choice by hawker food. It’s more common to go eat somewhere because it’s so cheap.”

The homesickness involved in not being able to travel or access that delicious, clamorous street food world, was another motivation for Makan, “to recreate those dishes and recreate those memories”.

Ask her what she’ll do the second she can visit Singapore again, and Haigh is instantly imagining taking a taxi from the airport straight to her customary hawker. “I’ll probably be there with my dad, sitting at our usual table,” she says. “We’ll order all the satays, and a bucket of beer. And probably some barbecue chicken wings – everything’s on the barbecue. And they have stingray as well, which is wrapped up in banana leaves and a layer of sambal tumis belacan [a spicy, limey sambal sauce with fermented shrimp paste]. And it’s just absolutely divine. For me, that’s heaven. It hits you in the face, that chilli is so spicy. The chillies in Southeast Asia are just another level of heat.”

The moment dictates the meal: “For Singaporeans, that’s how we choose what we eat and when”. So if you need something hearty, it’d be her Hainanese chicken rice (“the recipe I’ve built my business on”) or a rendang. If under the weather, she’d turn to noodle soups, and for celebrations, it’d have to be Singapore chilli crab.

Whatever the mood though, eating is paramount. Instead of saying ‘Hello’ as a greeting, Singaporeans are likely to say, ‘Are you hungry?’, or, ‘Shall we get some food?’.

“Let’s cut out the necessities,” says Haigh with a laugh. “Are we going to eat or not?” And if whoever you’re with isn’t planning on eating, then “it’s basically, ‘Oh, are you gonna watch me eat?’”

It’s that delight – in eating, cooking and trying food – that Haigh hopes to bestow. “I’m a feeder, just like my mum,” she says. “I wanted to write Makan so much because I wanted to share that joy.” And you can’t not feel it in every recipe.

Makan: Recipes From The Heart Of Singapore by Elizabeth Haigh is published by Bloomsbury Absolute. Photography Kris Kirkham. 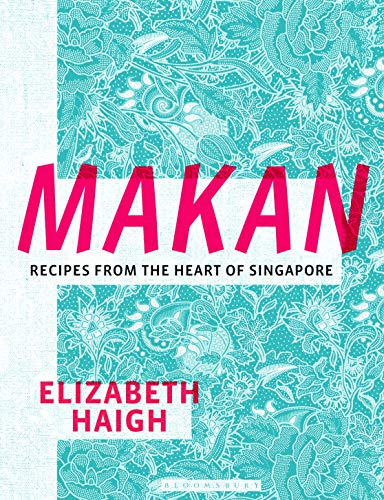 Makan: Recipes from the Heart of Singapore
£11.83
Buy on Amazon 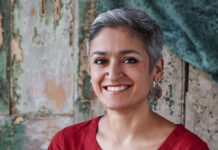 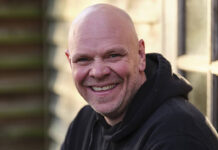 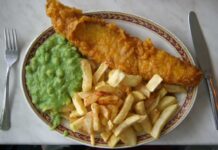 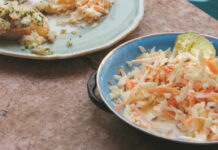 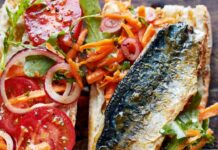 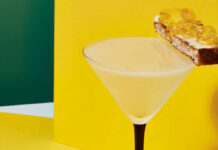 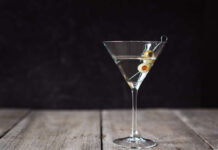 How to make a martini – 6 crucial things to get right