A little bored by your standard ‘turkey and all the trimmings’ Christmas lunch?

The thought of yet another dry bird, too many Brussels sprouts and having to plough through a whole, claggy Christmas pudding, can seriously put you off the festive period altogether.

So, if you fancy rocking the yule boat and switching things up come December 25, these celebrated chefs and food writers can provide a little inspiration…

“I always make a nut roast and a Jamie Oliver trifle,” buzzes the presenter and Happy Vegan author (Orion Spring). “A good nut roast with not too many nuts, but packed with veg! Yum.”

2. John Whaite opts for takeout and tries to persuade his mum to do things differently

“During Christmas, we’re going to put a bit of weight on anyway, so let’s get an Indian, Chinese, Domino’s pizza. And then we have a good Christmas meal on the day and then leftovers. Christmas is hard enough as it is without more pressure,” explains the former Great British Bake Off winner and A Flash In The Pan author (Kyle Books).

“I keep trying to introduce new ways of doing sprouts. I like Lebanese sprouts, where you fry them with walnuts and grapes, but mum’s a traditional bird who likes to do Christmas her way, so if I try and get in there with nuances of fabulousness, she’ll back me down.”

“Occasionally [my family] have to put up with me meandering my way around, [saying], ‘Oh, I’m bored of turkey, let’s do this!’,” muses the food critic and author of My Last Supper: One Meal, A Lifetime In The Making (Guardian Faber). “Eventually they go, ‘Oh for god’s sake, can’t we just go back to turkey?!’ Which is a very convenient bird on the grounds that it feeds large amounts of people.”

4. Fuchsia Dunlop’s mince pies are better than yours

“I always make mince pies in the shape of Chinese dumplings, because when I spent Christmas in China as a student, we had a big party and I wanted to make mince pies but I didn’t have any tins, so I just cut out circles of dough and folded them over like dumplings,” says Szechuan cuisine expert, author of The Food Of Szechuan (Bloomsbury). “They were so good I’ve just made them ever since. They have a much better proportion of pastry to mincemeat. And another family tradition is, on Boxing Day I use leftover turkey meat to make a spicy Szechuanese chicken salad with chilli oil and soy sauce.”

5. Tom Kerridge keeps the overindulging to one day only

“I will still be very conscious of what I eat, but I will go to the gym a lot, I will work out, I will spend a lot of time counterbalancing being able to have Christmas lunch, but come New Year, and the bit in between, I’ll be back on it,” explains the Michelin-starred chef, whose latest book is Lose Weight & Get Fit (Bloomsbury Absolut). “Christmas Day is one thing, but going all out for the two week Christmas period and totally over-indulging is a completely different thing.”

6. Rick Stein goes traditional – but does it in the Australian summer heat

“Now my children are grown-up, I took one of my sons and two step-kids and my wife Sass to Thailand this Christmas, which is the first time I’ve ever gone away for Christmas, and every other year I have Christmas in Australia which is different – and we do turkey!” says the seafood aficionado, author of Rick Stein’s Secret France (BBC Books). “People go on about, ‘Oh well, you wouldn’t want that in the middle of summer’, but that presupposes you’d never have roast lamb in the summer, and of course, you do. Occasionally a hot roast like that is perfectly nice.”

“Someone might be peeling the vegetables, but there’s a head chef in the kitchen – and I’m the head chef! There’s no power struggle, we all muck in, but there’s a menu that’s planned before and we stick to that,” says the chef and restaurateur.

“Smoked salmon has become just your average sandwich filling and it’s on every supermarket shelf, which is such a shame, because for me, smoked salmon should be for a special occasion,” he adds. “So Christmas Day, we get the best quality smoked salmon and just dress it with maybe a little bit of fresh horseradish and I’ll make little blinis, and it’s just special – and really simple.”

8. Liam Charles’ family have every type of meat on the table

“Most of the time we go to my nan’s house for Christmas. So because we’re from a Caribbean background, our food is very soul foody, so always macaroni cheese, sweet potatoes, butternut squash… We literally do every type of meat: Turkey, beef, lamb, chicken, fish,” explains the Junior Bake Off presenter and author of Second Helpings (Hodder & Stoughton). “That’s how we do it, we have all the types of meat, macaroni cheese, desserts, it’s great. I don’t actually cook any of it.” 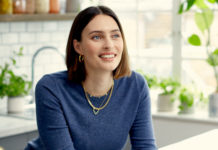 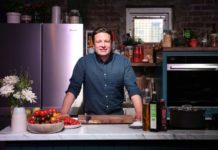 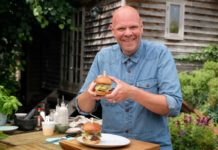 Chef Tom Kerridge on his love of a good barbecue

Chef Tom Kerridge on his love of a good barbecue 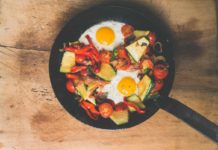 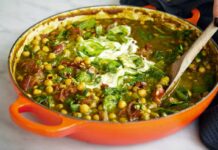 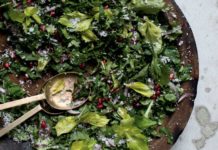 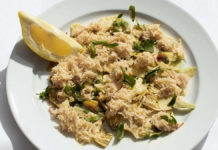 8 apps to help you cut down on food waste

9 unusual types of pasta you should try